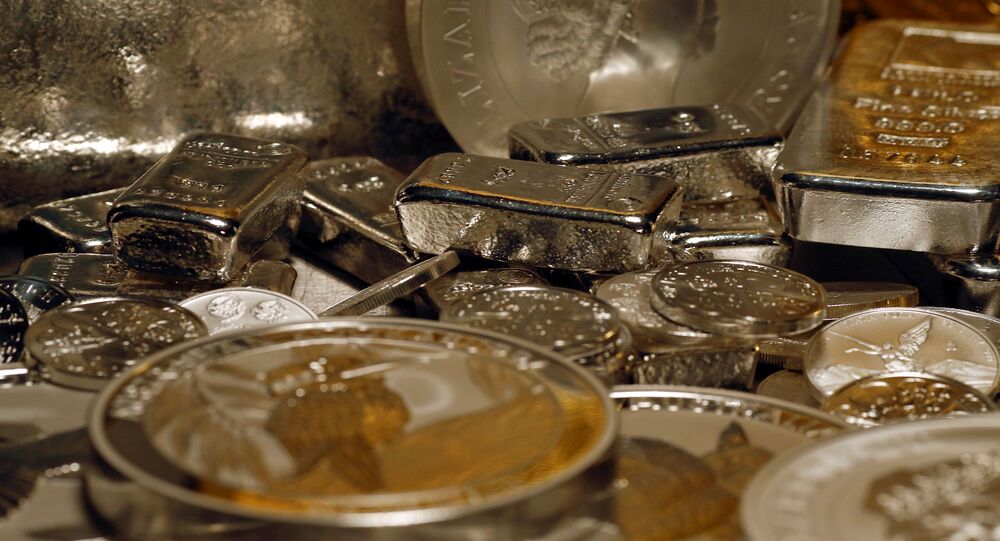 The price of silver hit $30/oz mark on Monday, an eight-year-high, after calls on social media to invest in the metal in what resembles last week’s trading frenzy orchestrated by Reddit users to fight Wall Street giants.

With #silversqueeze hashtag trending on Twitter, the users from Reddit’s WallStreetBets group urged small-scale traders to bring the price of silver up, apparently now targeting not only hedge funds but also such banking giants as JPMorgan, which they accused of “suppressing metals for a long time".

According to the comments of one user at the forum, cited by CNN, silver “will destroy the biggest banks, not just some little hedge funds".

On Monday, the shares of a number of silver mining companies were on the up, including those in Argent Minerals and Investigator Recourses rose by 60 percent and 47 percent respectively.

My very first purchase after emerging from bankruptcy was this 2011 #silver eagle coin.

I carried it in my pocket for years as a reminder of what Wall Street-level greed will do, and what personal courage can overcome.

This comes after Reddit traders last week left several major hedge funds nearly barefoot for “shorting” firms such as GameStop and Nokia. This means that financiers were effectively betting on their failure but computer investors have brought their stock prices up. The situation has left Wall Street professionals nursing losses worth billions of dollars.

Speaking to Sky News, “Wolf of Wall Street” Jordan Belfort praised the amateurs’ efforts but warned them to remain cautious.

"It's shocking, really amazing, and gratifying to see a little bit of the pain going on the side of the hedge funds. The hedge funds have been beating up little investors since the beginning of time pretty much,” the former stockbroker noted.

“While this will be short-lived... everyone's got to be really careful because it's going to be like catching a falling knife when it unravels,” he added.

After all, unlike the GameStop situation, the value of silver has been growing for a while, while its features were getting stronger - so the outcome of this frenzy may be entirely different to what happened last week.