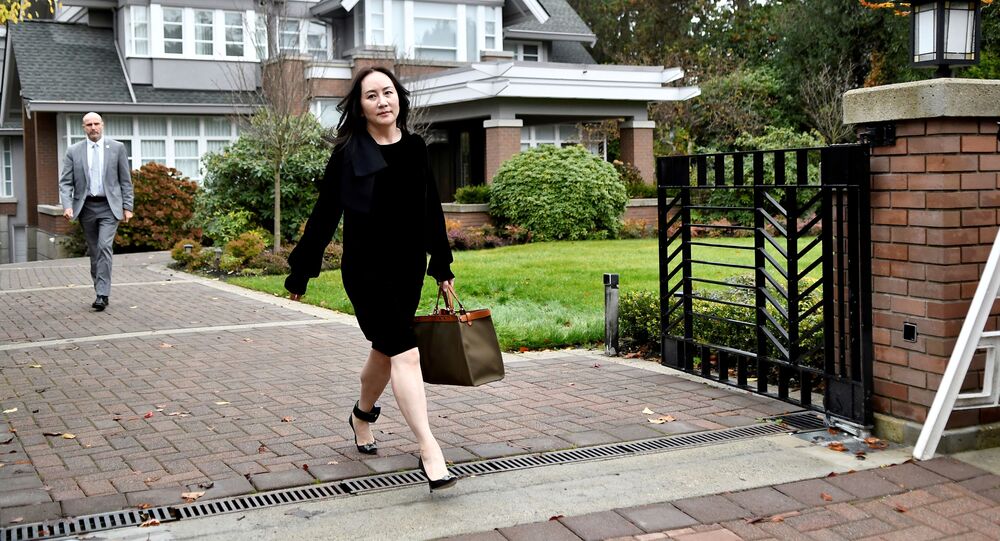 Huawei's chief of financial operations, Meng Wanzhou, was arrested in December 2018 in the Canadian city of Vancouver over accusations that she conducted fraud by misleading the HSBC financial conglomerate into approving millions of dollars of transactions, breaching sanctions imposed by the United States on Iran.

A Canadian judge, William Ehrcke, on Friday rejected a request by Meng Wanzhou's legal team to loosen her bail conditions as she awaits the results of a trial to decide on her extradition to the United States.

According to CBC, the British Columbia justice said that he remains convinced that bail terms imposed on Wanzhou after her arrest in 2018 remain the minimum to ensure that she does not flee Canada prior to the extradition ruling.

Wanzhou's legal team argued that she had proven herself trustworthy during the two-year period of living under a loose form of house arrest, and now should be permitted to move around British Columbia without guards during daylight hours.

The Huawei financial executive was arrested in December 2018 over allegations that she tricked the HSBC financial conglomerate into approving more than $100 million in transactions in violation of US sanctions imposed on Iran.

Wanzhou denied the accusations, and Beijing defended the Huawei CFO by claiming that her arrest was based on an American political goal to quell the development of Chinese technologies.

"China's position on this issue is clear — Mrs Meng is innocent and has not committed any crimes the US and Canada claimed she has", said Chinese Foreign Ministry spokesperson Hua Chunying in December 2020.

Legal battles over the fate of Huawei CFO continue amid Washington and Beijing going through a tense period of relations, with the US accusing Chinese tech companies, Huawei in particular, of threatening the national security of America and other countries as well as attempted espionage.

Beijing denied the claims as being political in nature, insisting that Huawei has never posed a security risk and does not have ties to the Communist Party of the Chinese government.