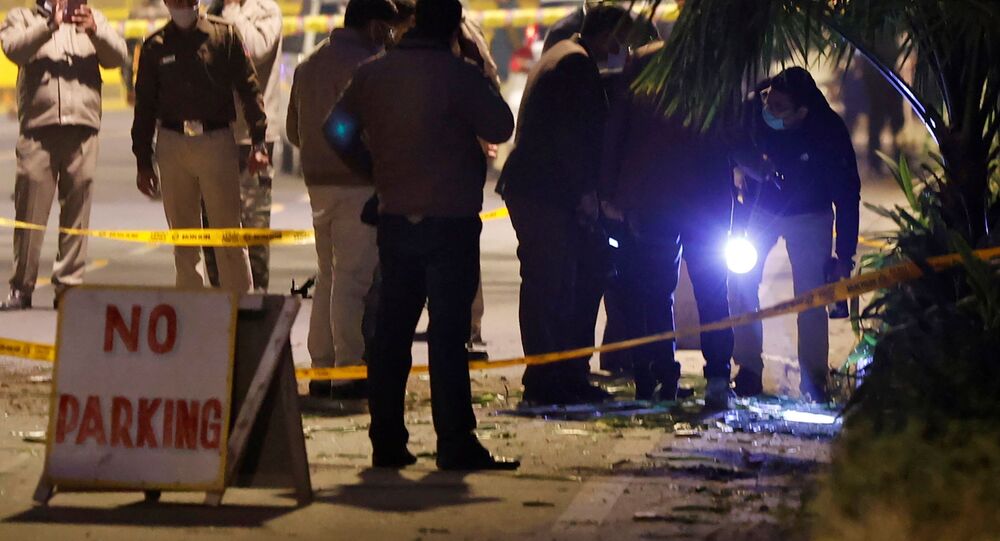 Treating it as terror attack directed towards the Israeli embassy in New Delhi, the Tel Aviv security establishment will send a team to participate in an investigation into the blast currently being carried out by Indian agencies.

Sources told Sputnik that the decision was made after India’s National Security Advisor Ajit Doval spoke to his Israeli counterpart Meir Ben-Shabbat while updating the situation and the ongoing investigation into the bombing.

Israel’s defence establishments have suspected Iran’s IRGC behind the attack, according to the sources. Prior to the attack, a Tel Aviv directive was issued for increased vigilance at its embassies around the world due to fears of an Iranian attack.

No entity has yet claimed responsibility for the bombing. Sources in New Delhi claimed an envelope was found near the blast site in which the attackers are thought to have left a message for the embassy. Investigators, who wished not to be named, said explosive residue recovered from the spot is suspected to be ammonium nitrate.

“A detailed forensic report will confirm what type of IED was used. Splinters and some cans were also found near the cars that were damaged in the blast,” officials in New Delhi told Sputnik.

A team of Indian forensic experts and crime investigators collected samples and evidence from the spot. The National Investigative Agency - the country's designated agency to probe terror incidents - is also involved.

Israeli Ambassador to India Ron Malka, in a statement, said “we are treating this as a terror incident.”

​“We are always aware that we are targets for terror organizations...this is not new, although in recent times there has been increase in the level of vigilance,” he added. Malka also stated that he could not specify when the embassy will reopen.

India’s Minister of Home Affairs Amit Shah cancelled a two-day trip to poll-bound West Bengal, in view of the blast in the national capital - the first such IED blast in the region in eight years. In 2012, a bomb detonated near the Israeli embassy in New Delhi reportedly injured an Israeli diplomat's wife, her driver and two others.