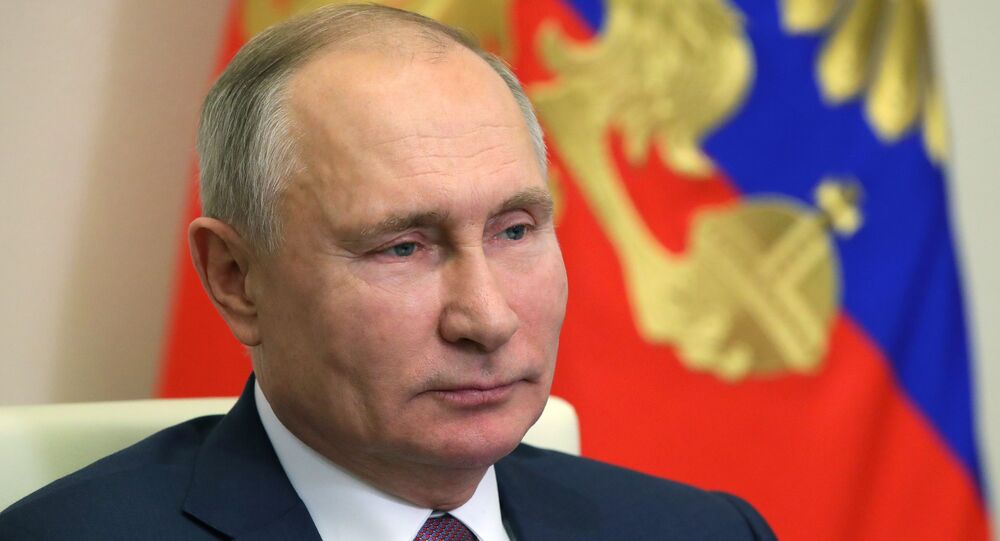 MOSCOW (Sputnik) - On Wednesday, Russia and the US agreed to prolong the New START arms reduction deal by five years, mere days before it was due to expire.

Russian President Vladimir Putin signed on Friday a law on the ratification of an agreement extending the US-Russian Strategic Arms Reduction Treaty (New START) by 5 years, the Kremlin said.

"The president signed the federal law 'On the Ratification of the Agreement on the Extension of the Treaty between the Russian Federation and the United States of America on Measures for the Further Reduction and Limitation of Strategic Offensive Arms, dated April 8, 2010'", the statement says.

The law on ratification of the treaty's extension, signed by Putin, comes into force on the day of its official publication, the Kremlin added.

New START has been in force since 2011 and was due to expire on 5 February. It is the only remaining legally binding agreement on nuclear arms control between the two countries that own the world's largest nuclear stockpiles. The deal is premised on the proposition that each side ultimately reduce its nuclear arsenal to total 700 missiles, 1,550 warheads and 800 launchers.