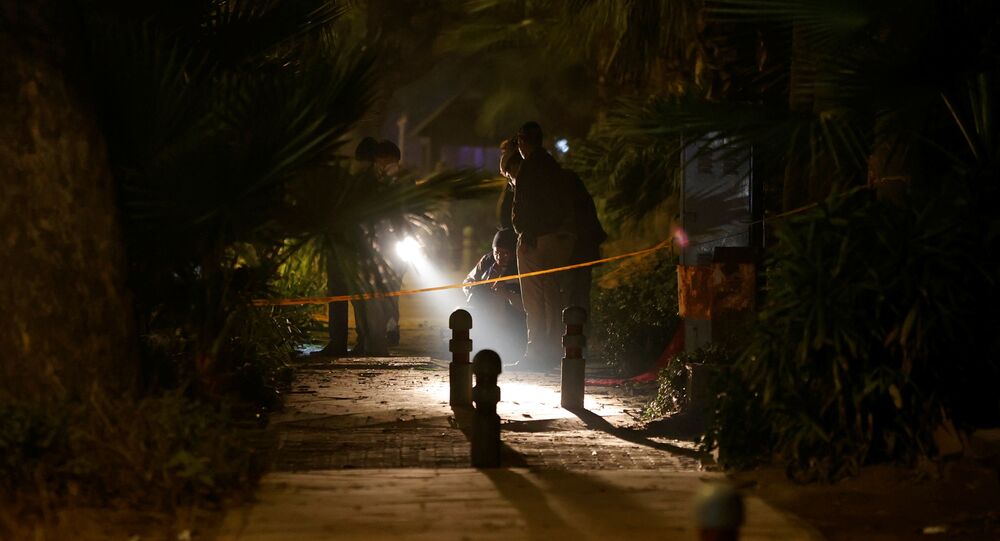 ‘No Effort to be Spared to Find Culprit’, Says India After Blast Near Israeli Embassy in Delhi

A low-intensity blast took place outside the Israeli embassy in New Delhi on Friday evening. Even though the explosion took place a few kilometres away from where VVIPs gathered for the culmination of India’s Republic Day celebrations, officials claimed that the blast was targeted at the Israeli embassy.

India's foreign minister Subrahmanyam Jaishankar has assured Israel that New Delhi is committed to the security of all Israeli diplomatic staff and will continue to act resolutely to locate all those involved in the explosion.

"We take this very seriously. I have assured him of the fullest protection for the Embassy and Israeli diplomats. The matter is under investigation and no effort will be spared to find the culprits," Jaishankar said after speaking over the phone with his Israeli counterpart Gabi Ashkenazi following a minor blast took place outside Israeli embassy in New Delhi on Friday.

India's ambassador to Israel in Tel Aviv Sanjeev Singla also called foreign ministry Director General Alon Ushpiz and pledged that "India will do everything to protect the Israeli missions and emissaries in India".

Earlier, Israel's Ministry of Foreign Affairs said that there are no casualties in the blast and no damage to the embassy building. "The incident is under investigation by the authorities in India who are in contact with the relevant Israeli authorities," it added.

Indian and Israeli officials referred to the blast as a security incident directed against the Israeli embassy. Recently, all security procedures in Israel's missions around the world have been improved, and alertness and vigilance have been increased.

The blast happened when the "Beating the Retreat" ceremony which marks the end of India's Republic Day celebration was being held in the nearby Vijay Chowk area, with President Ram Nath Kovind, Prime Minister Narendra Modi, and other top officials and diplomats present.

Israel and India have enjoyed 29 years of diplomatic relations.