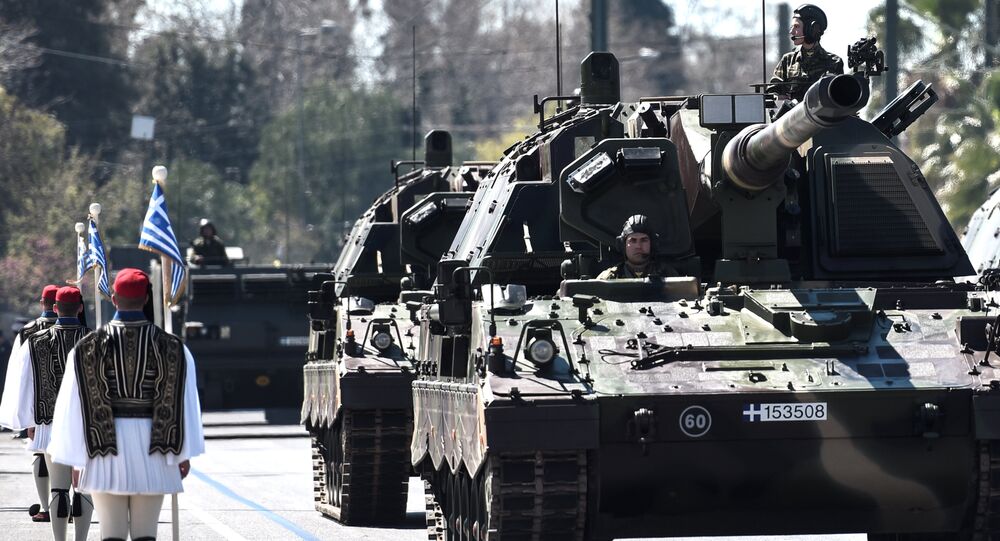 Putin Not Going to Attend March 25 Parade in Athens in Honor of Independence Day, Kremlin Says

MOSCOW (Sputnik) - Russian President Vladimir Putin has no plans to visit Athens despite the invitation to attend the 25 March military parade in honor of the Greek Independence Day, Kremlin spokesman Dmitry Peskov told Sputnik on Friday.

Greek Minister for National Defence Nikos Panagiotopoulos announced that Putin, French President Emmanuel Macron, and Prince Charles had received invitations to attend the parade as representatives of the three countries that contributed to Greece's liberation.

However, Peskov responded negatively, when journalists asked if Putin planned to pay a visit to Athens on 25 March.

On 25 March, Greece will hold large-sale celebrations of the 200th anniversary of the Greek Revolution. A special organising committee has even been established.