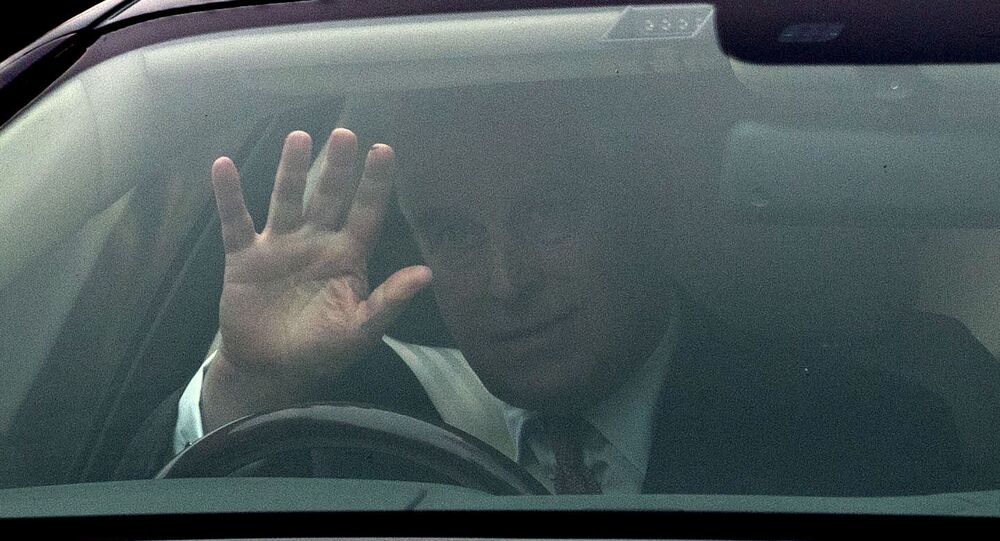 Prince Andrew, Queen Elizabeth’s third child, is mentioned in evidence offered by Andrew Figuero, the ex-boyfriend of the most prominent Jeffrey Epstein accuser, Virginia Roberts, who shared what he had discussed in private with her during their relationship.

UK royal Prince Andrew appears to be mentioned more than once in newly-unveiled court filings pertaining to Jeffrey Epstein’s former partner, Ghislaine Maxwell. Despite the evidence having been derived from previously sealed sit-downs with the suspected “madam” from 5 years ago, when she was sued for defamation by an alleged Epstein victim, it is likely to be used in the run-up to her trial next summer.

In particular, what holds relevance is arguably the mentioning of the Duke of York, now 60, in the files, and more specifically, in evidence given by Andrew Figueroa, the ex-boyfriend of Virginia Roberts, who testified under oath that she was ordered to have sex with Prince Andrew three times and was routinely abused at the hands of Epstein when she was 17.

© REUTERS / Lucas Jackson
Charges are announced against Ghislaine Maxwell for her role in the sexual exploitation and abuse of minor girls by Jeffrey Epstein in New York City, New York, U.S., July 2, 2020

The UK royal, who was reportedly forced to quit his senior court duties in the wake of the paedophile-related scandal, has denied claims that he had sex with the minor teenage girl.

Dwelling on his memory of Robert's talking about having sex with the prince, Figueroa replied as cited by the Telegraph:

“I don't recall talking to them about that, but, I mean, it could be possible”.

“Other than sex with the prince, is there anyone else that Jeffrey wanted Ms Roberts to have sex with that she relayed to you?”

“Just Ms. Maxwell and all the other girls”, he replied, implying Maxwell could have engaged in abuse herself.

Separately, according to court documents, Maxwell claimed she could not remember the trip to London in which Roberts testified that she had sex with Prince Andrew.

In the newly-unveiled batch of court files, Maxwell is portrayed as a trusted accomplice in Epstein’s crimes, with the socialite reportedly arranging a whole room “full of underage girls” romping with each other in front of Epstein.

One alleged witness was cited as relaying to the court that he had once seen a crying girl who complained about Maxwell hiding her passport when she was procured for Epstein’s sexual appeasement.

Ghislaine, criminally charged with aiding her one-time lover in building his sex trafficking network, testified in 2014 that she had no memory of anything amiss on his multiple properties, including in the Caribbean, New York and Miami, despite the accusations and sworn testimony of a number of women.

Maxwell fumed during her deposition for defamation that she learned about Epstein’s sex abuse allegations “like everybody else, like the rest of the world, when it was announced in the papers”.

The British socialite, who was arrested in what was claimed by prosecutors to be a New Hampshire residence in July 2020, faces trial on six federal charges. If found guilty, the Brit, who remains jailed on the grounds that she is a high “flight risk” after having been twice rejected bail, will face up to 35 years behind bars.

She has so far pleaded not guilty to the indictment that she procured three underage girls, including a 14-year-old, for Epstein to sexually abuse in the mid-1990s.