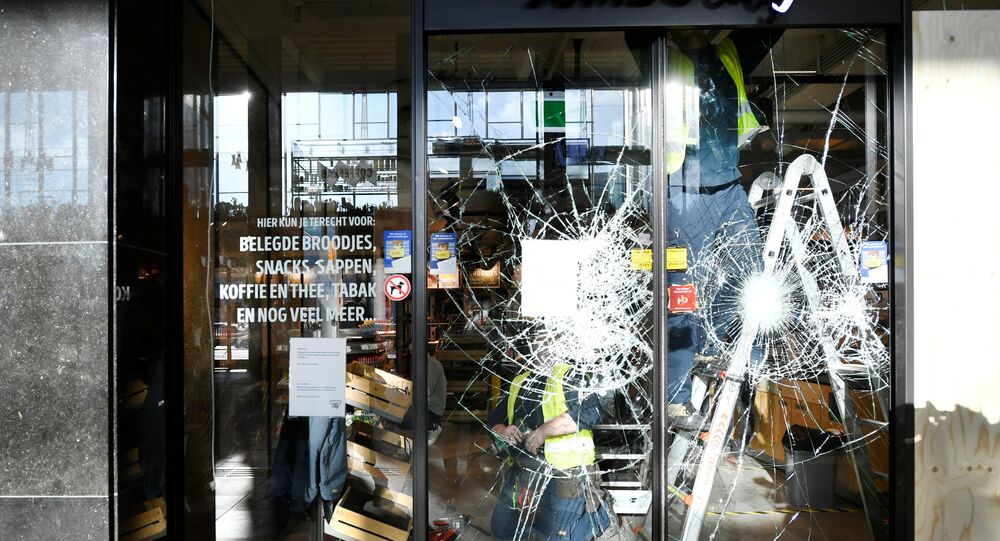 MOSCOW (Sputnik) - Maria Zakharova, a spokeswoman for the Russian Foreign Ministry, bashed Western nations on Thursday for turning a blind eye to anti-lockdown protests in the Netherlands, saying they never criticised themselves.

"Why do our Western bloc colleagues… refuse to criticise one another? Why has no G7 country issued a statement on the situation in the Netherlands, Germany or France? Have you heard anything? I have not… Not only did they fail to criticise each other, they do not comment on anything either", Zakharova said.

Zakharova argued that the West looked the other way while Dutch, German and French police used tear gas, water cannons and rubber bullets against demonstrators protesting against strict anti-coronavirus rules.

"It appears that only unlawful demonstrations east of the EU can be brutally suppressed. Astonishing hypocrisy", she added.

Zakharova again accused the West of launching a coordinated attack on Russia and interfering with its internal affairs by publishing "orchestrated and near-simultaneous statements" on Navalny.

Dutch protesters set bikes on fire and clashed with riot police over the weekend, after an anti-coronavirus curfew took effect. All eyes were meanwhile on Russia where thousands rallied on Saturday to demand the release from police custody of opposition activist Alexey Navalny.

A court in Russia ruled on Monday to keep Navalny in custody for 30 days, after he was arrested on 17 January for violating probation terms. Russian Foreign Minister Sergey Lavrov said the West made repeated calls for Navalny's release to shift attention from the crisis of liberalism. He said Western officials were visibly happy to churn out nearly identical statements.