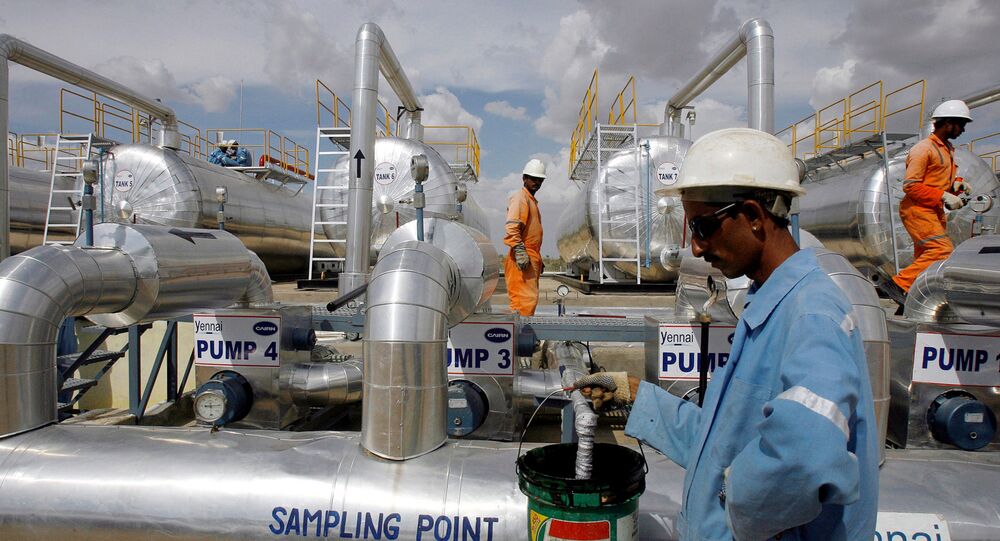 In December 2020, India lost an arbitration case at an international tribunal in a retrospective tax matter to Cairn Energy. The Indian government said last December that the matter was being studied, and the company is yet to receive a response.

As British multi-national firm Cairn Energy Plc has issued a letter to New Delhi threatening to impound Indian assets abroad, an analyst has advised the Narendra Modi government to use diplomatic channels to end the five-year-long tax case.

The company sent the letter to the Indian High Commission in the UK asking New Delhi to honour the arbitration ruling that was delivered in December 2020.

“The Indian government has three options—first, to contest the case if possible; second, talk directly to the British firm for a mutually agreeable settlement, and third, use the diplomatic channels to end the row”, Sushil Chandra Tripathi, former petroleum secretary of the Indian government, told Sputnik.

In December 2020, the Indian Finance Ministry stated that the government would be studying the matter and all of its aspects carefully in consultation with its counsels.

“After such consultations, the Government will consider all options and take a decision on further course of action, including legal remedies before appropriate fora”, it added.

However, the expert highlighted that an arbitration panel in The Hague was unanimous, and the whole point of the legal exercise was to resolve the dispute with finality. The tribunal awarded $1.2 billion in damages plus interest and costs to British oil explorer Cairn.

“It will be much better for the government to conclude the tax battle with the company in a mutual manner”, Tripathi suggested.

Narendra Modi’s government, which is busy battling the COVID-19 pandemic to save the lives of 1.3 billion people in the country, is yet to respond to the ruling, and the company is wondering whether New Delhi intends to honour the verdict.

Global financial institutions such as BlackRock, Fidelity, Franklin Templeton, Schroders, and Aviva are some of the big investors in the company, and they “expect early resolution, failing which they will expect Cairn to pursue the award in conformity with its rights under the treaty”.

“The award can be enforced against Indian assets in numerous jurisdictions around the world for which the necessary preparations have been put in place”, the company said in its letter directed to the Indian High Commission in the UK.

Without mentioning the timeline of the possible asset seizure, it is reported that the company may take legal custody of bank accounts as well as mobile and immobile property, including the assets of public sector enterprises such as the state-owned Air India.

The matter involving $2.74 billion in taxes that the Indian government imposed on the company in 2015 over Cairn’s reorganisation in 2006 resulted in the creation of Cairn India Ltd. The tax was imposed retrospectively as the then Manmohan Singh government amended the law in 2012, allowing Indian officials to demand taxes for deals struck before the law was approved in parliament if the underlying assets in a transaction between two foreign entities were in India.

On Wednesday, Indian Foreign Minister S. Jaishankar held a phone call with his British counterpart Dominic Raab and discussed the issues, including a trade deal and comprehensive migration and mobility agreement.

The two countries are aiming to sign a broader agreement to enhance trade and investment in an ambitious 10-year roadmap. In their wide-ranging talks last December, Jaishankar and Raab also discussed having an "Enhanced Trade Partnership" in 2021 that could be a stepping stone towards a future free trade agreement.

Issues related to trade and investment will be discussed during a meeting between British Prime Minister Boris Johnson and his Indian counterpart, Narendra Modi. Johnson has invited Prime Minister Narendra Modi to join the UK-hosted G7 summit later this year.