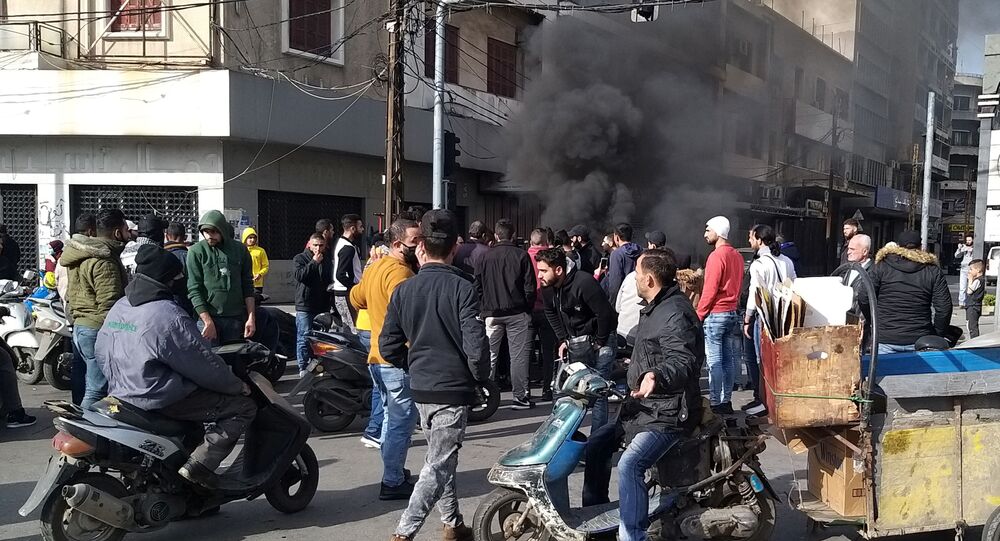 BEIRUT, (Sputnik) - Lebanon’s army is now in control of the center of the country’s second-largest city, Tripoli, after demonstrators in the urban center clashed with police, local media reported.

On Monday, demonstrators threw stones at the city hall building in Tripoli, in northern Lebanon, protesting coronavirus restrictions. Another protest was held in Lebanon’s capital, Beirut, where demonstrators blocked a major road in the city center.

According to the Lebanese Al Jadeed TV, police used tear gas against protesters in Tripoli, however, this did not make them leave the area around the city hall resulting in the military being called in. Troops forced protesters out of the city center and into nearby streets.

In Beirut, law enforcement officers managed to get protesters to unblock traffic without the use of force.

Lebanon 24 reported that a major highway had been blocked by protesters south of Lebanon’s capital.

Since the beginning of the year, there has been a sharp increase in cases of coronavirus infections and increased mortality among patients in Lebanon. Lebanese authorities have extended until February 8 the pandemic emergency regime introduced on January 14. This has further exacerbated the already dire economic situation in Lebanon.