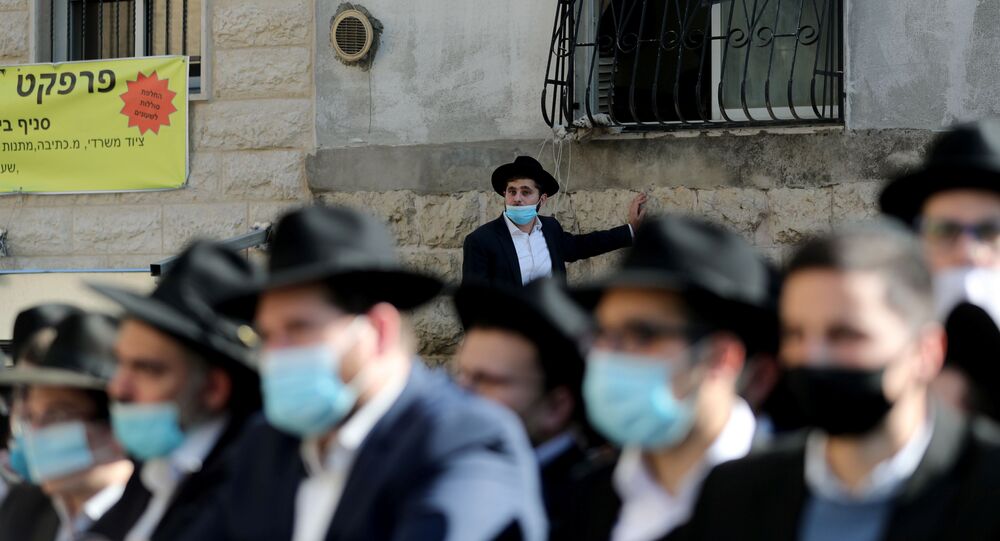 The uptick in hate crimes could be tied to the spread of conspiracy theories claiming Jews were "responsible" for the COVID-19 outbreak, and will likely continue even after the coronavirus pandemic is over.

The Israeli Diaspora Affairs Ministry says that anti-Semitic attacks are likely to surge globally in 2021 amid the coronavirus pandemic, The Times of Israel reported.

The annual report of the ministry released Sunday said that “the rising rates of anti-Semitic sentiment are expected to lead to a significant increase in violence against Jews and Jewish sites in 2021. This is expected to challenge communities around the world, especially the American Jewish community.”

According to the report, the pandemic is being exploited to spread conspiracy theories that Jews allegedly "launched" the COVID-19 outbreak last year to make a profit from it. It also notes that while physical attacks against Jews declined last year due to virus-induced lockdowns, hatred is expected to continue even after the pandemic is over, especially on social media.

In particular, the report accused Iran of allegedly launching an online campaign with the hashtag #COVID48, purportedly comparing the state of Israel to a "virus", since 1948 is the year the Jewish state was established.

Diaspora Affairs Minister Omer Yankelevich provided an explanation for it, saying that “Throughout history, the Jewish people have served as an easy scapegoat for the world’s illnesses. Anti-Semitic sentiment has unfortunately been on display during the current pandemic.”

The report noted with respect to the United States that anti-Semitism has risen in parallel with political tensions, such as during the 2020 presidential campaign, and social unrest, referring to the anti-racism and anti-police protests. It also pointed out a rise in anti-Semitism in Germany, where 380 cases were reportedly opened against police officers supporting far-right activists.

“Internal investigation discovered and exposed numerous cases of anti-Semitism and racism, including evidence of officers wearing Nazi uniforms and insignia,” the report claims.