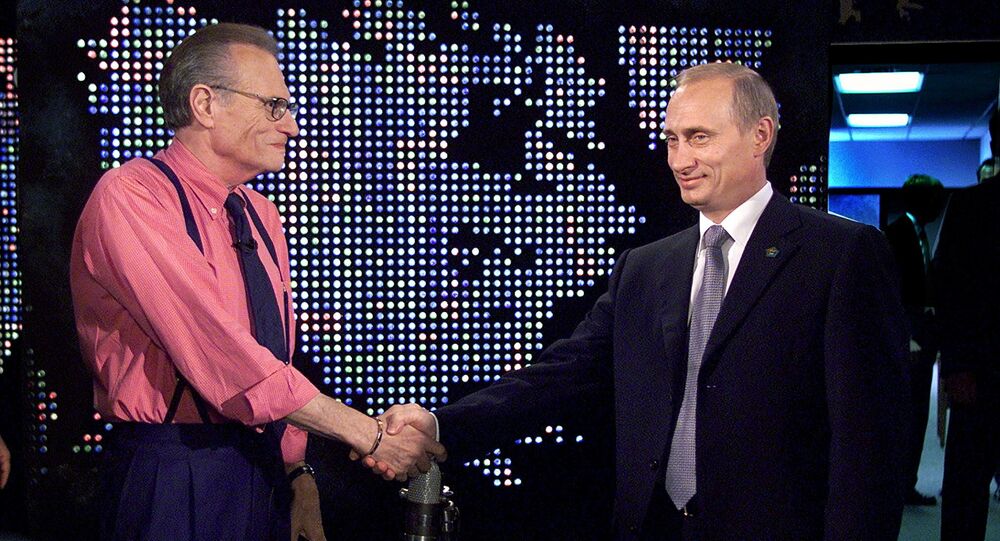 WASHINGTON (Sputnik) - The Russian Embassy in the US has expressed condolences over the passing of iconic US talk show personality Larry King.

On Saturday morning, King’s company Ora Media broke the news that the talk show host died at the age of 87 at the Cedars-Sinai Medical Center in Los Angeles.

"We extend our most heartfelt condolences and sympathies to the family and friends of Mr. Larry King. The iconic talk show host, he will be missed by millions of his viewers and listeners, all those who loved, respected and admired this extraordinary man," the embassy said in a Saturday statement.

The embassy said that King was "one of a kind" and "a legend," who interviewed dozens of thousands of politicians, religious and business figures, as well as movie stars and celebrities, over more than sixty years of his career.

🕯️ We were deeply saddened to learn about the demise of Mr. Larry King, the eminent American broadcaster, interviewer and writer.
🙏 We extend our most heartfelt condolences and sympathies to his family and friends. pic.twitter.com/dwmpJH0pUb

In 2017, King was diagnosed with lung cancer and underwent successful treatment. In December of 2020, he was reportedly hospitalized at the Cedars-Sinai medical center with COVID-19.