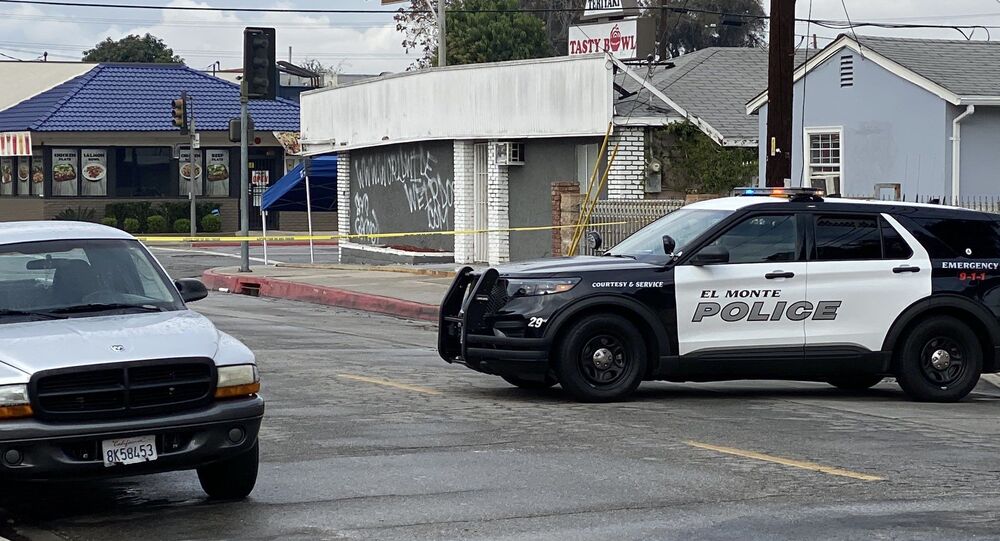 According to local media reports, the investigators are not ruling out that it was a hate crime, given that the church's pastor has been critical of same-sex marriages and even received an arson threat from local LGBT activists last week.

First Works Baptist Church in Los Angeles County, California, has come under an attack that has damaged the building, local media report.

Local authorities later confirmed the attack. According to the El Monte police, nobody was injured in the explosion.

"It appeared that the walls to the church had been vandalized as well as all the windows," Lt. Christopher Cano told reporters on Saturday, as quoted by the newspaper. "[They] appeared at first to be smashed and then we had realized that the windows were not smashed, that they had actually blown out from some type of explosion," the El Monte police spokesperson said.

This early morning’s incident involving the First Works Baptist Church is highly concerning to me and all of us in our great City of El Monte.

I am calling for a full and thorough investigation to take place by all the necessary agencies and entities such as the FBI,

The FBI and local police are now conducting a joint investigation into the attack, which is said to have been carried out with an "improvised explosive device" (IED).

The FBI responded overnight with @elmontepolice & @LASDHQ to an #IED attack at the First Works Baptist Church in El Monte, CA. Bomb Techs & the FBI's Evidence Team continue to process the scene. If you have a tip about the responsible party, please call 3104776565. #SeekingInfo pic.twitter.com/LobrjbrZtx

Alleged footage from the scene has been shared on social media.

According to the El Monte police, the church's pastor, Bruce Mejia, filed a report to local law enforcement about two weeks ago after receiving an arson threat on social media over the church’s anti-LGBTQ stance. The pastor reportedly condemns same-sex marriages.

Sign the petition! We don’t need people like this in the community. So called “pastor” #brucemejia #hate #lovenothate pic.twitter.com/zO0NjX1dtF

FBI spokeswoman Laura Eimiller told the San Gabriel Valley Tribune that the attack could have been motivated by hate, but it was too early to conclude anything.

​Commenting on the events, Mayor Ancona said that her city cares about and respects all its residents no matter what views they uphold.

"We are a city that cares and protects all its residents and visitors. We respect and uphold the laws that protect each one of us, regardless of who we are," Ancona tweeted.