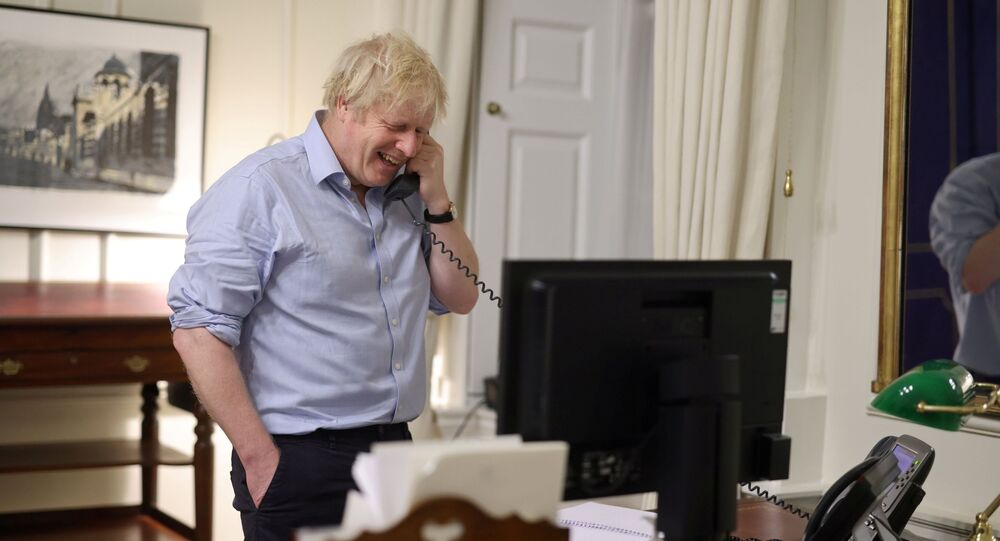 Johnson was among the first heads of state and government to be called by Biden after taking office, and the first European leader to speak to the new president over the phone.

Great to speak to President @JoeBiden this evening. I look forward to deepening the longstanding alliance between our two countries as we drive a green and sustainable recovery from COVID-19. pic.twitter.com/Y4P3G74PPz

According to a readout of their call published by Downing Street, Johnson congratulated Biden on his inauguration and "the two leaders looked forward to deepening the close alliance between our nations." UK prime minister also "warmly welcomed" Biden's decision to rejoin the Paris Climate Agreement, as well as the World Health Organization.

"They also discussed the benefits of a potential free trade deal between our two countries, and the Prime Minister reiterated his intention to resolve existing trade issues as soon as possible", the statement read.

The two leaders agreed on the need for the coordination of foreign policy priorities, including on China, Iran, and Russia, a White House readout showed. Ironically, it did not mention the trade deal that the UK's readout paid so much attention to.

Interesting that President Biden’s version of the call with Boris Johnson makes NO mention of the trade deal which is the centrepiece of the PM’s version of what was discussed
Now, whom should we believe? pic.twitter.com/Offb9RpSNi

Biden took office as president of the US on January 20 in an unprecedentedly high-security ceremony, since, in order to preserve law and order at the high-profile gathering, as many as 25,000 National Guard troops and numerous control points were put in place. The authorities also moved to restrict public access to the inauguration due to the still-raging pandemic, namely to the National Mall, which this time saw 200,000 small US state and city flags installed instead of a live audience there.

On Inauguration Day, Biden signed several executive orders including one on the US rejoining the Paris climate accord. The decision reverses former US President Donald Trump's move to abandon the treaty in 2017.