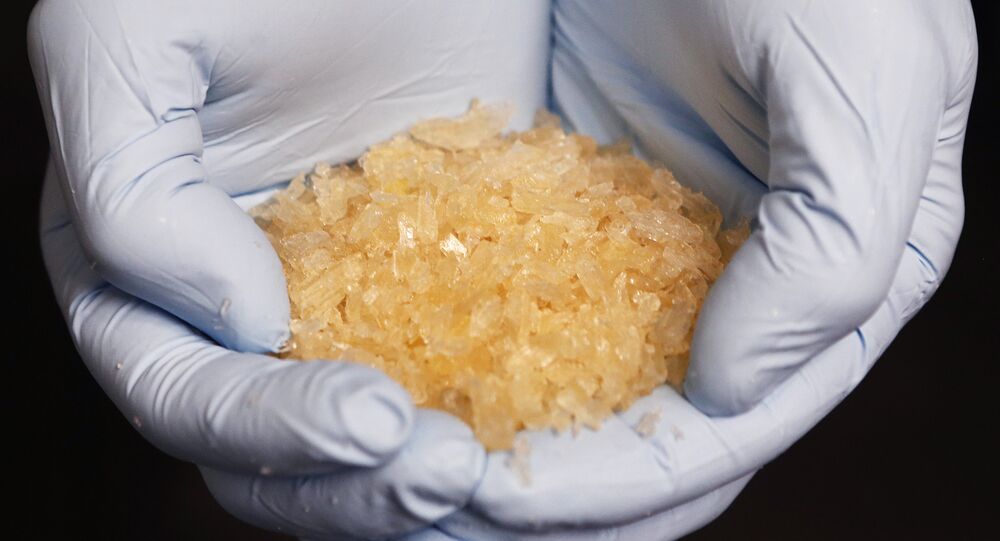 Law enforcement agencies could not succeed in catching the man for two years, as he was elaborately hiding guarded by a group of Thai kickboxers. While living in secret, however, he attended lavish parties and even lost $85 million at a casino in Macao in a single night.

The alleged meth dealer, who is believed to be responsible for up to 70 percent of all narcotics that enter Australia, was reportedly taken from a plane in the Netherlands after an Interpol request for his arrest was issued by Australian Federal Police.

Tse is considered the kingpin of a vast drug network – the syndicate known as “The Company”, trafficking billions of dollars in drugs including meth, heroin, MDMA and ketamine. Law enforcement officials also call it “Sam Gor”, or Brother Number Three in Cantonese – after one of Tse’s nicknames.

About 20 countries - including the US, Canada, Myanmar, China, Thailand and Japan - have been hunting down Chi Lop since 2019 under an operation named Kungur.

Chi Lop is now facing extradition to Australia, where he is to go on trial on charges of drug trafficking.

Reuters reported in 2019, citing law enforcers, that the syndicate has been smuggling tonnes of narcotics to at least dozen countries in North Asia and the South Pacific, including Japan and New Zealand. Sam Gor was said to be dealing with heroin and ketamine, although its main business was methamphetamine, the revenue from which in 2018 was estimated between $8 bln and $17.7 bln.

According to DailyMail, Chi Lop was born in Southern China's Guangdong Province and became a low-ranking member of the Big Circle Triad gang when he was young. In 1996, he was charged in the United States for smuggling heroin from Asia's Golden Triangle and sentenced to 9 years in prison, where he met a notorious 14K Triad boss Wan Kuok Ko, also known by the nickname "Broken Tooth".