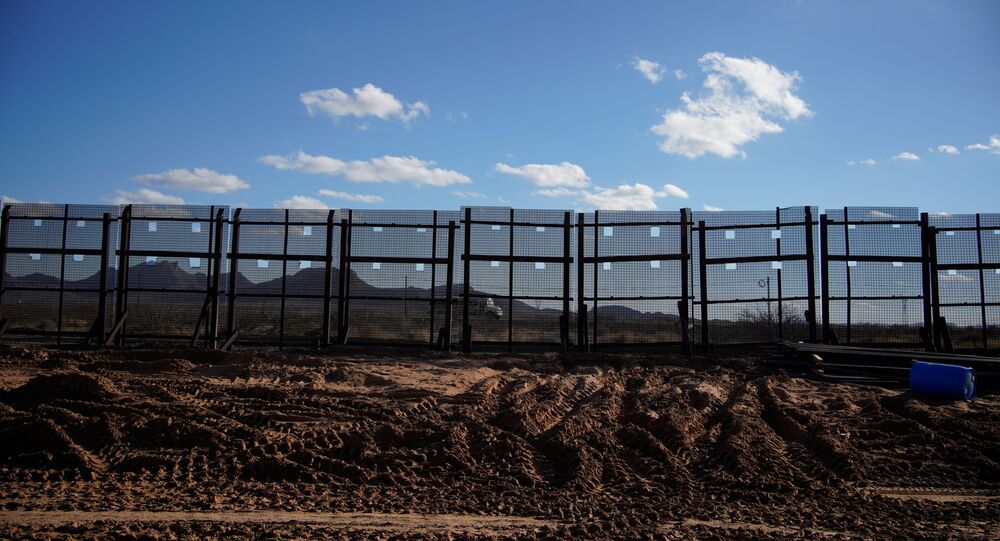 Already on the first day of his presidency, Biden signed 17 executive orders reversing some of Trump's policies, namely putting a halt on the construction of the US-Mexico border and terminating the so-called "Muslim travel ban", imposed by the former administration.

US President Joe Biden has told Mexican leader Andres Manuel Lopez Obrador that he is going to put an end to former President Donald Trump's immigration agenda, according to a readout of their call released by the White House on Saturday.

"The President outlined his plan to reduce migration by addressing its root causes, increasing resettlement capacity and lawful alternative immigration pathways, improving processing at the border to adjudicate requests for asylum, and reversing the previous administration’s draconian immigration policies," the readout said.

"The two leaders agreed to work closely to stem the flow of irregular migration to Mexico and the United States, as well as to promote development in the Northern Triangle of Central America," it added.

Biden and Lopez Obrador held a phone conversation on Friday, in Biden's first wave of calls with world leaders after being inaugurated on Wednesday. The phone call took place after the 46th US president signed an executive order to halt the construction of the wall on the US southern border. The Mexican president had earlier welcomed the move.

Reversing the restrictions on immigration through the country's southern border imposed by his predecessor was one of Biden's first actions in the White House. Trump touted the construction of the border wall as one of his future plans during the 2016 election campaign, aimed at preventing illegal immigrants from crossing into the US.

In recent years, Mexico has been the centerpiece of US policy to stem the migration flow from Central American countries. Per the agreement with the previous US administration, the country has beefed up its border control measures and engaged in creating jobs for those migrants who have already arrived in Mexico and have to stay there while their migration applications are being processed by the United States, with those refusing to follow the rules being sent back home.

Trump signed an executive order to build an almost 500-mile wall back in 2017. As of January 5, about 90 percent of the project had been completed. Biden, however, has made clear he was not going to demolish what has already been constructed.

The border wall is not the only point of Trump's agenda that is being challenged by the new administration. On Thursday, the DHS suspended deportations of certain non-citizens for 100 days starting from Friday, aiming at what it called ensuring that the US has a "fair and effective immigration enforcement system".

The move has triggered a backlash from Texas Attorney General Ken Paxton, who sued the Biden administration on Friday to block the deportation freeze, saying that he will not "tolerate unlawful acts" from Biden.

When the @JoeBiden admin breaks the law, I take action. I have told @DHSgov to immediately rescind its illegal, unconscionable deportation freeze—or TX will sue.

As AG, I will always put Americans, Texans first—not dangerous aliens who must be deported!https://t.co/anW89QJiPP pic.twitter.com/ehsucOe6Ks

On Wednesday, Biden signed an executive order ending the so-called Muslim travel ban, first introduced by Trump in 2017 and covering seven Muslim majority nations, and embracing the 2012 Deferred Action for Childhood Arrivals (DACA) program. The latter grants temporary residency and work privileges to immigrants that were brought to the United States illegally as children.

CNN reported that Biden also wants to remove the term "alien" from US immigration laws and replace it with a more neutral "noncitizen". The word was often used by former President Trump when he spoke about illegal immigrants.