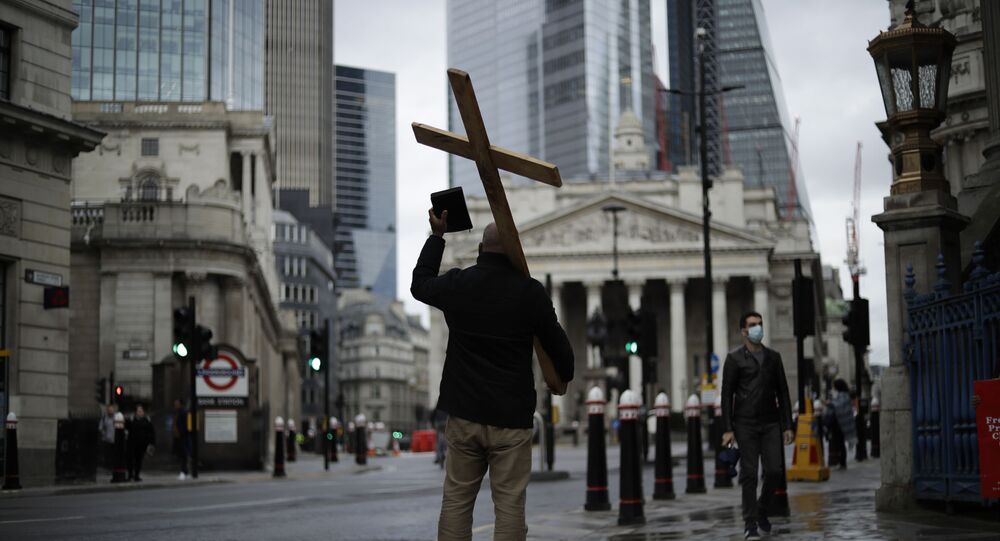 On Friday, the prime minister informed Britons that there was “some evidence” to suggest that the new, mutated strain of SARS-Cov-2 identified in southern England in December 2020 is not only more contagious, but “may be associated with a higher degree of mortality.”

The World Health Organisation (WHO) has sought to clarify Prime Minister Johnson’s remarks on the so-called "British" strain of the new coronavirus, saying its dangerous nature appears to be associated with the pressure it puts on medical resources due to its transmissibility, and not the nature of the pathogen itself.

“From the data we’ve seen, [scientists] haven’t seen an increase in severity,” Maria Van Kerkhove, WHO epidemiologist and COVID-19 technical lead said, speaking at a WHO press conference on Friday.

Kerkhove said that the WHO was studying the transmissibility and deadliness of new coronavirus strains reported in the UK and elsewhere, and stressed that so far, researchers “haven’t seen an increase in severity.”

Michael Ryan, WHO Health Emergencies Programme executive director, echoed his colleague’s sentiments, saying that “there's a big difference between the lethality of the virus” and mortality resulting from more people being infected.

“We will look…at any new UK data. They are important to track. But I think it’s important that at the present we all remain calm around the issues of these variants. We need to monitor, we need to measure, we need to be very sure of what they’re doing or what they’re not doing. But we also need to focus on what we’re trying to do to stop them, and the good news is, from what we can see, the measures which are put in place around the world are turning the situation around in most countries,” he said.

© REUTERS / Hannah McKay/File Photo
FILE PHOTO: A worker serves a beer at The Holland Tringham Wetherspoons pub after it reopened following the outbreak of the coronavirus disease (COVID-19), in London, Britain July 4, 2020

At his Friday press conference, PM Johnson warned that the "British" Covid strain’s transmissibility and mortality had left the National Health Service under “intense pressure,” and that over 40,000 new cases of the virus had been recorded in the past 24 hours alone.

© REUTERS / HENRY NICHOLLS
Boris Johnson: New 'British' Strain of Covid-19 Deadlier Than Previously Thought
Patrick Vallance, the government’s chief scientific advisor, told reporters that there was “evidence that there is an increased risk for those who have the new variant,” citing figures suggesting that the mortality rate among 60-year-old males rises from about one death per 1,000 infections with the original strain to about 1.3 or 1.4 per 1,000 with the new one.

Vallance clarified, however, that the “evidence is not yet strong” to back up these figures, and that more research is needed.

The scientist also said the government believes the new strain is about 30-70 percent more transmissible than the original.

Previously, researchers at Denmark’s State Serum Institute appeared to challenge previous claims on the transmissibility of the "British" coronavirus strain, concluding that the new strain was about 36 percent more contagious than the common one, and not 74 percent, as previously suggested by British scientists in an earlier study.

At the WHO press conference, WHO virologist and vaccines director Katherine O’Brien said it was “too early” to say whether any of the vaccines developed to stop the original coronavirus strain will be as effective against the mutated strains.

“The risk of variants relative to the vaccines is ever-greater when the transmission is very high in communities. Not only because of variants that have already occurred, but because of the possibility of additional variants emerging under the pressure of vaccines,” she said.

© REUTERS / John Maniaci
Le Monde Reveals Contents of Pfizer Covid Vax-Related Docs Stolen From EU Medicine Watchdog
Britain has reported over 3.54 million cases of COVID-19, and some 94,500 deaths associated with complications with the respiratory disease. Globally, 96.2 million cases and 2 million deaths have been reported to date. In many countries, the health crisis caused by the virus has also sparked an economic crisis, with lockdowns, travel restrictions, unemployment and other factors leading to an increased risk of mental problems, drug and alcohol abuse, and other maladies.
...
Reddit
Google+
Blogger
Pinterest
StumbleUpon
Telegram
WhatsApp
113
Community standardsDiscussion