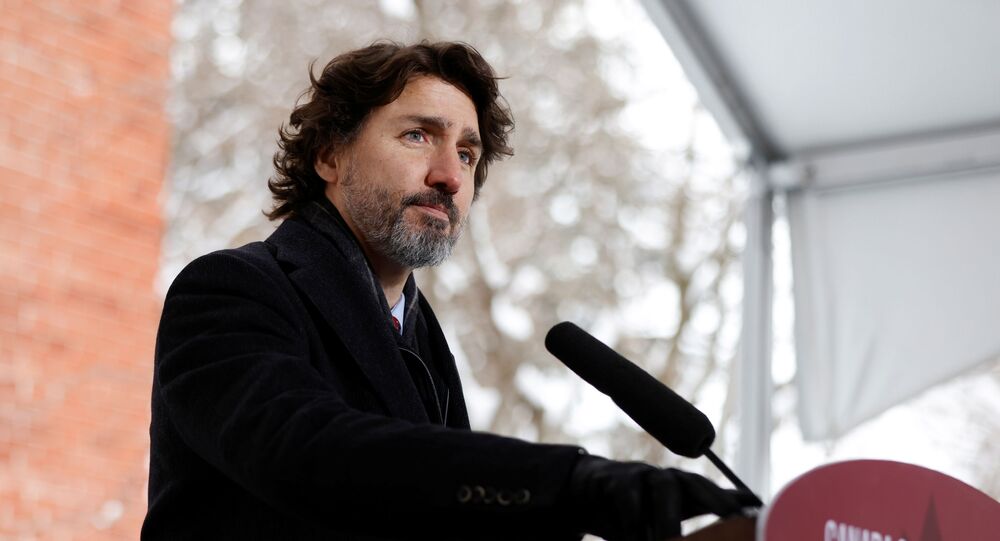 TORONTO (Sputnik) - Canadian Prime Minister Justin Trudeau said he received assurances from Pfizer’s CEO Albert Bourla that the company would deliver 4 million doses of its COVID-19 vaccine by the end of March.

Earlier this week, Maj. Gen. Dany Fortin, the country’s vaccine distribution czar, announced that Canada will not receive any new shipments of the Pfizer-BioNTech coronavirus vaccine next week as Pfizer restructures its production facility in Europe.

"Yesterday, I spoke with the global CEO of Pfizer, Dr. Bourla. The next few weeks will be challenging when it comes to deliveries. With that said, Dr. Bourla assured me that hundreds of thousands of Pfizer doses will be delivered the week of February 15 and in the weeks to follow. He also confirmed that we will receive all of our four million doses from Pfizer before March 31," Trudeau said during a press briefing on Friday.

The prime minister has received blowback for not taking charge amid a crippling vaccine supply shortage across the country that has been the subject of intense criticism domestically. To date, 769,092 vaccine doses have been administered – far below other nations, including Israel, Russia and the United States.

Previously, the task of lobbying Pfizer for more deliveries was increasingly shouldered by provincial premiers, with Ontario’s Doug Ford pleading with President Joe Biden to permit vaccine deliveries from production sites in the US and saying that if he was the prime minister, he would be "be up that guy’s [Bourla’s] ying yang so far with a firecracker, he wouldn’t know what hit him."

Canada receives its vaccine supplies from Pfizer’s European production facility, after former US President Donald Trump signed an executive order to prioritize domestic distribution of COVID-19 vaccines over their shipments to foreign countries.

Fortin has previously conceded that Canada will likely experience a shortage of COVID-19 vaccine doses through to the end of the first quarter of 2021.