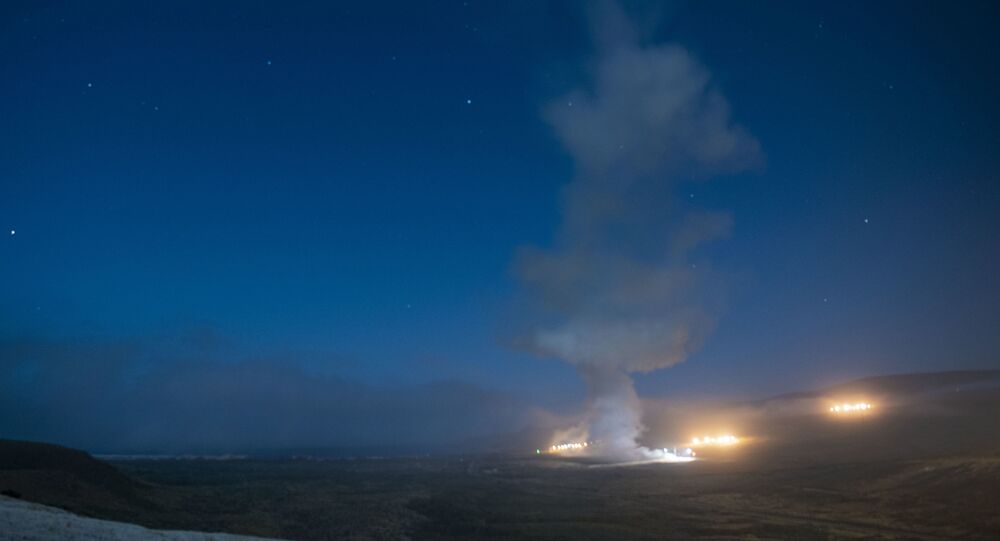 The Biden administration is expected to review some of the costly nuclear weapons modernization programs begun under the Trump administration, which include new missiles, bombs, warheads, bombers, and submarines.

The Treaty on the Prohibition of Nuclear Weapons officially entered force on Friday, making it illegal for any country to possess nuclear armaments. However, none of the nine countries known to have nuclear weapons have agreed to the treaty.

The United Nations General Assembly adopted the treaty in July 2017, with more than 120 nations approving it. However, it could only enter force after 50 nations agreed to sign it - a milestone reached in October 2020, triggering the 90-day countdown to implementation.

At the time, the International Campaign to Abolish Nuclear Weapons (ICAN) nonprofit claimed that “with the treaty’s entry into force, we can call nuclear weapons what they are: prohibited weapons of mass destruction, just like chemical weapons and biological weapons.”

The treaty requires that all countries party to it must “never under any circumstances ... develop, test, produce, manufacture, otherwise acquire, possess or stockpile nuclear weapons or other nuclear explosive devices,” as well as banning their proliferation.

UN Secretary-General Antonio Guterres praised the treaty, saying in a video posted on social media on Friday that “the elimination of nuclear weapons remains the highest disarmament priority of the United Nations. The Secretary-General calls on all States to work together to realize this ambition to advance common security and collective safety.”

Today, the Treaty on the Prohibition of Nuclear Weapons enters into force.

This is a major step toward a world free of nuclear weapons.

I call on all countries to work together to realize this vision, for our common security and collective safety. pic.twitter.com/ybDamSdCZs

​“Nuclear weapons pose growing dangers and the world needs urgent action to ensure their elimination and prevent the catastrophic human and environmental consequences any use would cause,” he said.

Further, not a single member of the NATO alliance, of which several nuclear states are members, has signed it.

In a strange twist, the only country to have actually been the target of a nuclear attack, Japan, also opposed the treaty as unworkable, although Tokyo has also renounced the use of such weapons. In the final days of the Second World War, the US dropped two nuclear bombs on Japanese cities - one on Hiroshima and a second on Nagasaki - annihilating them and killing more than 150,000 people.

The new administration of US President Joe Biden has shown no indication of a change in the course of US policy toward the treaty. However, on Friday, the White House confirmed the US has joined Russia in seeking a five-year extension to the New Strategic Arms Reduction Treaty (New START), a bilateral weapons-limiting agreement that is due to expire in just days.

Reports have also emerged that the Biden transition team has secretly been engaged in talks with the Iranian government for weeks to find a path to returning to the Joint Comprehensive Plan of Action (JCPOA), a 2015 deal by which the international community lowered sanctions against Iran in exchange for it giving up its nuclear weapons program. Trump claimed Iran had violated the deal and he unilaterally withdrew from it, bringing back sanctions against Iran even though no other signatory to the agreement found evidence to support Trump’s claims. Tehran denies it seeks a nuclear weapon.

Biden is also expected to review many of the nuclear modernization programs begun by Trump, including new intercontinental ballistic missiles, a nuclear-tipped cruise missile, a new submarine class, and updates to several nuclear bombs and warheads. Foreign policy thinkers have also pressured Biden's team to issue a new Nuclear Posture Review to assess “how the Trump administration’s internal nuclear policy decisions have negatively affected possible initiatives to reduce nuclear risks and address any potential problems immediately,” as an op-ed in Defense News put it. The most recently policy review was issued in 2018.