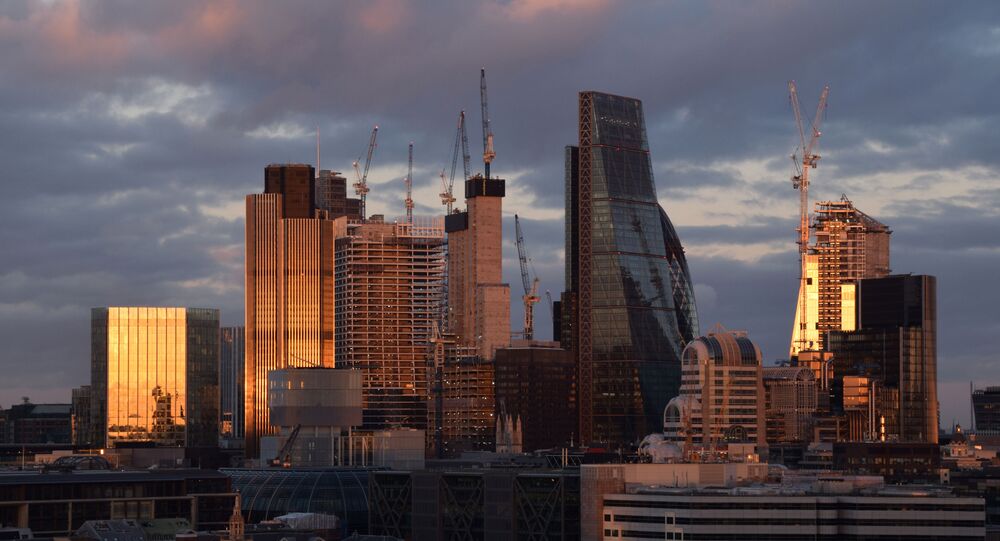 Since the outbreak of the Black Lives Matter protests last year in response to claims of systemic racism and police brutality in the United Kingdom, the London authorities have put together a commission which is meant to review statues glorifying figures involved in the historical slave trade.

Statues of two historical figures will be removed from the City of London and moved elsewhere because of their links to Britain's transatlantic slave trade, the city governing body's Policy and Resources Committee announced on Friday.

Effigies of William Beckford and Sir John Cass will be removed from the City of London Corporation's historic Guildhall headquarters, it has been decided by unanimous vote.

The City Corporation will also establish a working group to consider what could replace the statues, and will also think about putting together a new memorial to the slave trade in London.

“This decision is the culmination of months of valuable work by the Tackling Racism taskforce, which has taken a comprehensive approach to addressing injustice and inequality. The view of members was that removing and re-siting statues linked to slavery is an important milestone in our journey towards a more inclusive and diverse City," said City of London Corporation Policy Chair Catherine McGuinness.

Statues of two prominent figures in the City of London with links to slavery will be removed and re-sited, the City Corporation's Policy and Resources Committee has decided today - https://t.co/FCx7Q4fC4e pic.twitter.com/pRX1xCqFCf

​The statue of William Beckford, who twice served as Lord Mayor of London in the late 18th century and accumulated vast wealth from African slave labour on plantations in Jamaica, will be taken down, re-sited, and replaced with new art pieces.

Monuments to William Beckford, a former London mayor, and John Cass, an MP, to be resited, @AJEnglish https://t.co/lOmSbBGfVM pic.twitter.com/JbYeXLE7Gt

​Meanwhile, the representation of  Sir John Cass (1661-1718) will be returned to the foundation named after him. This is because of the lucrative involvement in the international slave trade which the merchant, lawmaker, and philanthropist had.

“I’m really pleased the Policy and Resources Committee has agreed what we think is the correct response to a sensitive issue. The slave trade is a stain on our history and putting those who profited from it literally on a pedestal is something that has no place in a modern, diverse City," the City of London Corporation's co-chair of the Tackling Racism taskforce, Caroline Addy, explained.

4️⃣In the Guildhall is a statue of John Cass ,a Director+investor of the Royal African Company (had a monopoly of the British slave trade).

His foundation established the college which became Guildhall Uni then London Metropolitan Uni, which also has a statue of Cass. pic.twitter.com/V5iQ7OKeWT

​The move comes after recommendations from the City Corporation’s Tackling Racism taskforce, and it will take place along with new measures intended to increase diversity in staffing, governance, education, business, and policing.

Recommendations from the taskforce include introducing anonymous recruitment for all pay grades, increased training and a "reverse mentoring" scheme that has been given the green light already.

The Policy and Resources Committee will also seek to improve diversity in the Court of Common Council – its top decision-making body – including establishing an officer with the specific responsibilities of ensuring member diversity.

City of London Corporation Tackling Racism Taskforce Co-Chair Andrien Meyers said he is "really proud of the wide-ranging work the taskforce has carried out to promote inclusion in the City Corporation", as well as in "schools and institutions and the City as a whole".

He expressed his support for the organisation's "commitment to ensuring the Square Mile is a place where people of all ethnicities and backgrounds feel safe and welcome".

The Tackling Racism taskforce was set up in June last year after the Black Lives Matter (BLM) protests against historical racism and police brutality.

The City Corporation held a consultative exercise asking individuals their views on statues and other landmarks in the Square Mile which have been linked to slavery, which received more than 1,500 responses.

Although much of the anger has been directed towards statues of individuals who profited from slavery, there has been criticism leveled at the BLM movement surrounding allegations of trying to scrub out British history and essential figures from the UK's national past.