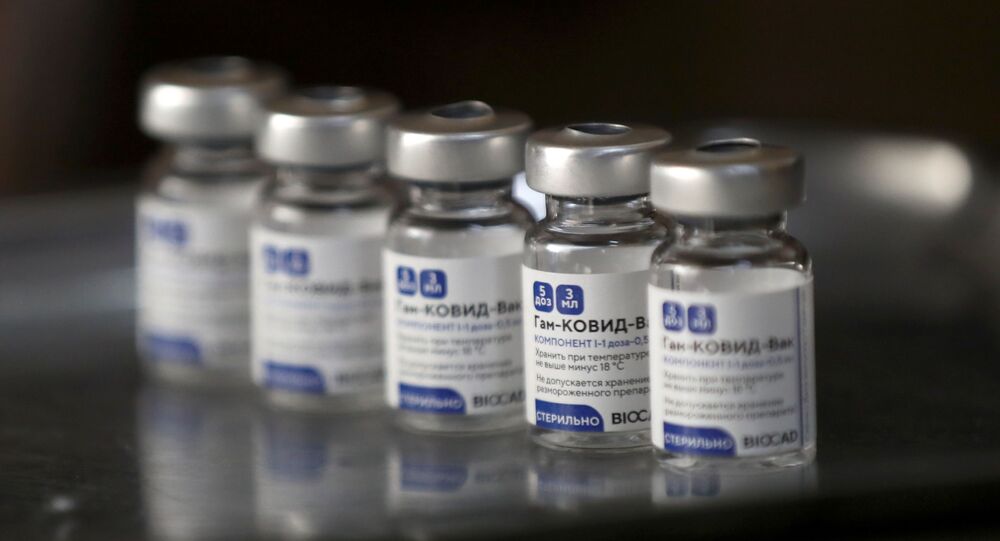 TEL AVIV (Sputnik) - Russia and Israel are discussing pooling resources together for joint production of vaccines against COVID-19, Russian Ambassador in Israel Aviv Anatoly Viktorov said in an interview.

"Yes, the issue has not been removed from the agenda and possible joint production of a vaccine is being discussed bilaterally. I will not name this vaccine, because this is just a subject of negotiations. Many other options are possible there, for example, the cooperation with AstraZeneca. Russia has contacts with this company registered in the UK, and Israel has contacts, and other options are possible there, but now it would be inappropriate for me to make predictions about such cooperation," Viktorov said.

In December, Russian President Vladimir Putin and Israeli Prime Minister Benjamin Netanyahu in a telephone conversation discussed options to increase the bilateral cooperation, including in the context of combating the spread of coronavirus.

Jerusalem-based Hadassah medical centre previously ordered 1.5 million doses of the Russian Sputnik V vaccine against COVID-19. The hospital is now waiting for permission from the Health Ministry to use the drug.

© AFP 2021 / ATTA KENARE
Iran Consistently Making Israel a Scapegoat, Ambassador to Russia Says
In case the ministry refuses authorisation, Hadassah will use the vaccine in its foreign branches. The Israeli Health Ministry is now considering the documents submitted by the Russian side for registration of Sputnik V in Israel.

The ambassador added that Russia will respect any decision because the health of any nation is within the competence of its authorities.

The Israeli government signed a deal with Pfizer and BioNTech this past November for 8 million doses of their vaccine. More than 20 percent of its population of over 9 million have so far received the first vaccine dose since the rollout began on 20 December.