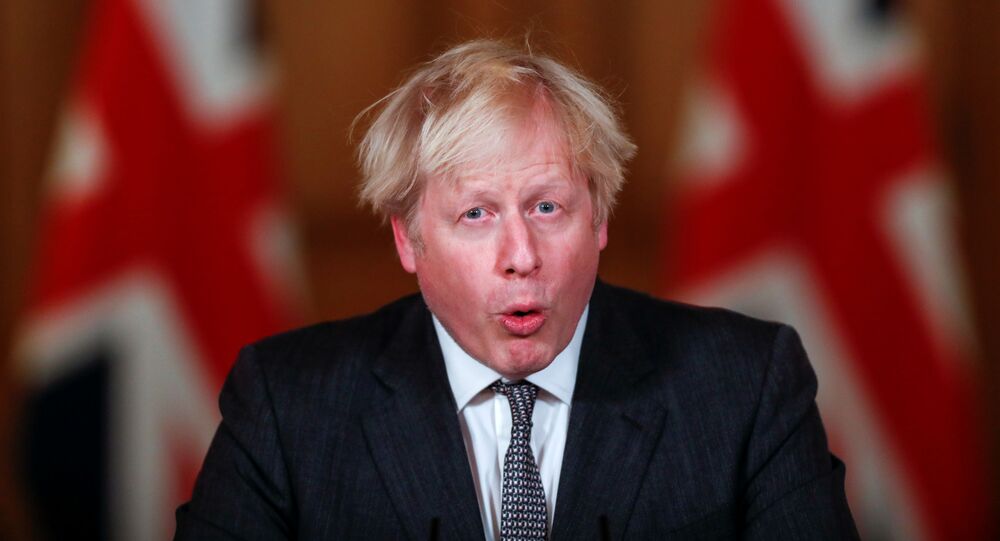 The upkeep of close ties between the United States and Britain has been a tough undertaking, going through ups and downs in the last few years.​ Following the inauguration of Joe Biden as the new US president, the UK Prime Minister Boris Johnson has a number of issues to consider before planning the pair's first date.

It appears that by the time Downing Street had figured out how to manage its relationship with the White House under Donald Trump, a new leader took his place with his own agenda and intentions.

Post-Brexit partnerships, NATO cooperation, eradication of Covid-19 and environmental protection are among crucial issues, London hopes to work on with the new partners in Washington.

“America’s leadership is vital on the issues that matter to us all, from climate change to COVID, and I look forward to working with President Biden,” said Johnson in his message following Biden’s inauguration.

Congratulations to @JoeBiden on being sworn in as President of the United States and to @KamalaHarris on her historic inauguration. America’s leadership is vital on the issues that matter to us all, from climate change to COVID, and I look forward to working with President Biden.

President @JoeBiden rejoining the Paris Agreement is hugely positive news. In the year we host @COP26 in Glasgow, I look forward to working with our US partners to do all we can to safeguard our planet.

​In his foreign policy platform, Biden vowed to keep “NATO’s military capabilities sharp” and called on “NATO nations to recommit to their responsibilities as members of a democratic alliance”. The policy is in high contrast to his predecessor’s criticism of the Alliance and branding it “obsolete.”

Biden’s plans to support NATO were welcomed by Johnson in a recent comment, which stressed that just like “Joe”, Boris believed “strongly” in NATO.

The British leader's spokesman confirmed on Thursday that "the new president shares many of his [Johnson's] values and priorities, including the need to tackle climate change, the global recovery from COVID, as well as boosting the transatlantic alliance."

"British prime ministers have always had close relationships with US presidents and that will continue," he added.

Personal impressions and sympathies between world leaders matter no less than official ties, even more so during the era of social distancing and postponed state visits.

Former US president Trump and the UK PM, both Conservatives, have gone through their own turbulent relationship, moving from criticism and accusations by Johnson of Trump’s "stupefying ignorance" – to eventually praise and mutual support.

Although Biden has never met Johnson in person, he had made a comment on the UK PM in the past. In 2019 Biden described Johnson as a "physical and emotional clone" of Trump.

Johnson is a Brexiteer who eventually took Britain out of the European Union, while Biden has never signalled to be a Brexit supporter.

He served as Vice-President, when in 2016 US President Barack Obama said that Britain would have to move to the back of the queue for a trade deal with the US if the country decides to leave the EU.

In 2019, Biden, who is of British and Irish ancestry, tweeted about UK’s withdrawal from the EU, saying that “the Good Friday Agreement that brought peace to Northern Ireland” cannot be allowed to “become a casualty of Brexit.

He then said that any future trade deals between the UK and US depend on adherence to the Agreement.

The exchange of indirect comments continued into Biden’s presidency, as the UK PM was asked on Thursday whether he thought the US leader is “a woke guy.”

"I can't comment on that. What I know is that he's a firm believer in the transatlantic alliance and that's a great thing,” Johnson replied.

​He then added that there was "nothing wrong with being woke - I put myself in the category of people who believe that it's important to stick up for your history, your traditions and your values, the things you believe in."

Looking ahead, the UK PM has signalled that there is “a fantastic joint common agenda” for the two countries, marking a new era of the partnership as a “big moment.”