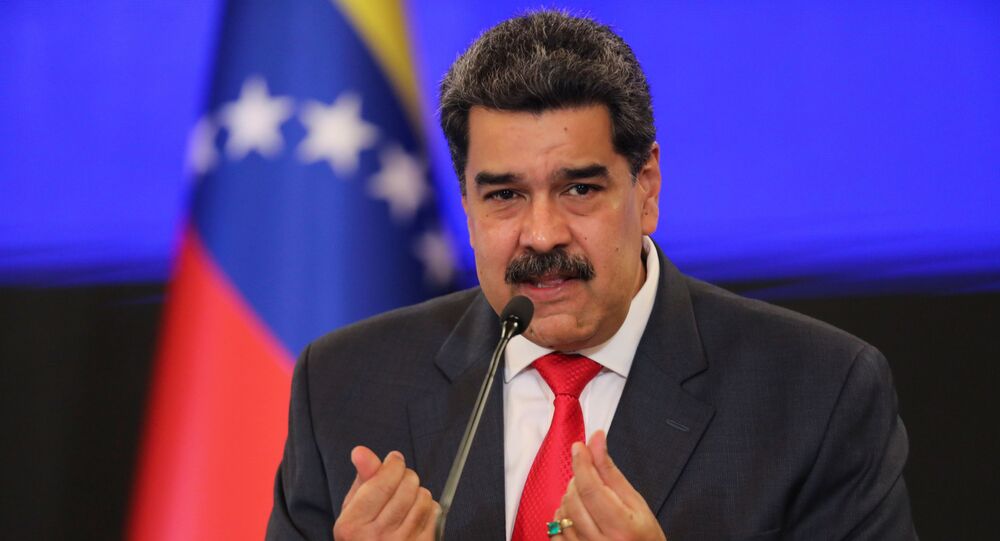 Relations between Washington and Caracas worsened dramatically during the Trump administration, which slapped the Latin American nation with harsh sanctions and supported opposition figure Juan Guaido over President Maduro.

Nicolas Maduro has said that Venezuela defeated former US President Donald Trump, adding that his departure is a triumph for the Latin American country.

"Today, 20 January, Donald Trump left, left, left... We defeated him", Maduro said in a statement broadcast on Twitter. "This is a victory for Venezuela. He left alone… This is our triumph", he said.

Maduro added that he has given instructions to study the possibility of establishing new relations with the United States after Joe Biden's inauguration. "I consider it important that the National Assembly, as the country's legislative body, the foreign policy commission, study and adopt legislative and political initiatives to start new relations between the United States and Venezuela", Maduro said.

The Venezuelan president also expressed hope that Biden would revise US policy toward Venezuela.

"I call on the new US government to stop the demonisation of the Bolivarian revolution and Nicolas Maduro as well as to turn over the page of lies, demonisation, and hatred … toward Venezuela", Maduro said in his televised address late Wednesday.

Meanwhile, Biden's nominee for Secretary of State, Antony Blinken, said during his US Senate confirmation hearing that Washington should not change its position regarding recognising Venezuela's self-proclaimed president Juan Guaido as the interim leader of that country. Prior to that, now ex-Secretary of State Mike Pompeo reaffirmed Washington's "unwavering support for [Guaido's] leadership and for the liberty and dignity of all Venezuelans".

"No, it is not", Blinken told the Senate Foreign Relations Committee on Tuesday when asked whether the US stance on recognising Guaido should change.

"I very much agree with you, Senator, with regard to a number of the steps that were taken toward Venezuela in recent years, including recognising Mr. Guaido and recognising the National Assembly as the only democratically elected institution in Venezuela", he added.

Blinken also said the United States needs to consider how it can more effectively target sanctions against Venezuelan President Nicolas Maduro so that "the regime enablers really feel the pain of those sanctions".

Washington has repeatedly blasted Maduro for "oppressing" the Venezuelan people. The Trump administration introduced numerous sanctions against the Latin American nation, targeting its oil industry and officials close to Maduro. The latest round of Venezuela-related sanctions - published shortly before Biden's inauguration - targeted a total of three individuals, 14 entities, and six vessels for "their ties to a network attempting to evade United States sanctions on Venezuela's oil sector".

The political crisis intensified in Venezuela after opposition lawmaker Guaido illegally proclaimed himself interim president and called on citizens to help him take power in the country. Guaido immediately received support from the United States and some Latin American countries, including Colombia.

Maduro has called Guaido a "US puppet", accusing him of trying to orchestrate a coup in Venezuela so that the United States could seize control of the country's natural resources.