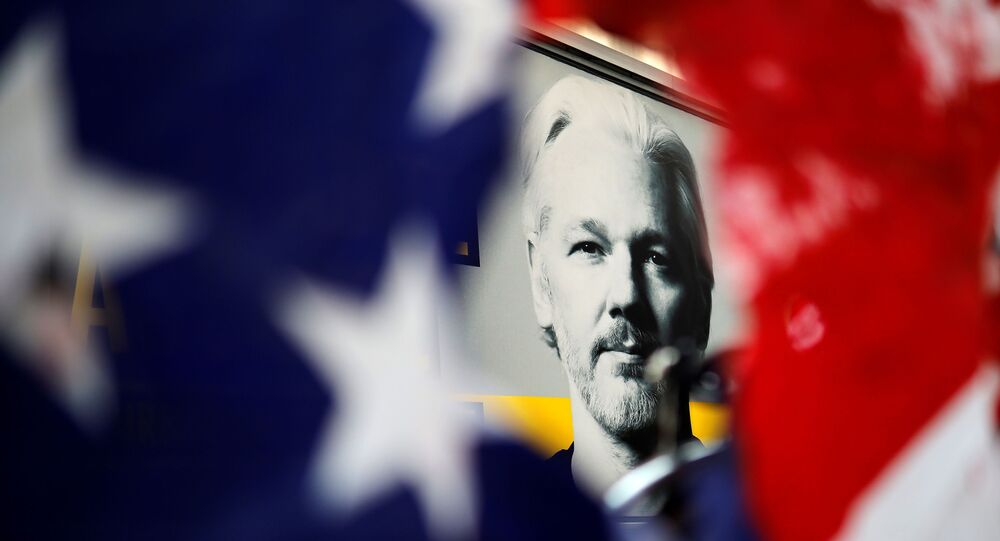 The US president is expected to issue up to 100 pardons and commutations on his final full day in office this week, as supporters of the WikiLeaks publisher hold their breath.

Tuesday is US President Donald Trump's last full day in office as he prepares to leave the White House on Wednesday morning to begin his post-presidency at his Mar-a-Lago club in Palm Beach, Florida. Julian Assange’s supporters may yet be pleasantly surprised by the outgoing president, as he still has the opportunity to offer a pardon to the WikiLeaks founder.

Assange could be on the pardon list for a number of reasons, some even conveniently advantageous for Mr Trump, among a myriad of arguments voiced by the journalist’s supporters.

Go Out With a Bang

Having faced two impeachments and a whirlwind of political hits by his opponents, Mr Trump could very much choose to pardon Assange to clean up his legacy and go out with a bang. Trump’s administration, which vowed to fight government corruption and misconduct, could send a message to the world that exposing such misdoings is the right thing to do. The move could leave a sour taste in Mr Trump’s opponents on the political spectrum, who have been accusing him of misconduct.

© AP Photo / Gerald Herbert
In this Tuesday, Jan. 12, 2021, file photo, President Donald Trump arrives on the South Lawn of the White House, in Washington, after returning from Texas.

Actress, activist, and an adamant supporter of Julian Assange, Pamela Anderson called it “one of those moments in history, in his lifetime, where he [Donald Trump] can make the right decision”. She added that the “entire world wants, or most want him to pardon Julian Assange”, speaking during a recent interview.

​Turd in the Punchbowl

Mr Trump could use this last opportunity as president to hit back at his critics and political enemies, enraging them along the way. Former President Barack Obama's Director of National Intelligence James Clapper - whom Trump has ridiculed and called “not a smart man” - would perhaps be upset, to say the least, to see the man he branded as a direct danger to the American people go free.

Trump critic and former National Security Adviser Susan Rice could also be less than amused, given that a number of WikiLeaks releases revealed her efforts as ambassador to the UN to protect Israel from UN investigations of war crimes allegedly committed during the 2008–09 Gaza invasion.

Another solid reason Mr Trump may have to consider pardoning the WikiLeaks founder can be found in the decision of Judge Vanessa Baraitser, who ruled in Assange’s case that he should not be extradited to the US due to the fact that there was a "substantial" risk he would commit suicide.

District Judge Baraitser reasoned that Assange, having suffered unique and testing pre-trial and post-trial conditions, could be tipped over the edge by possible further conditions, such as solitary confinement and special administrative measures.

Assange has been separated from his family for years. He fathered two sons with his partner Stella Morris while living inside the Ecuadorian Embassy in London, and if he is extradited, his children will grow up without a father.

A pardon would reunite a father with his family, thereby assuring "these children, and through them all children of the world, that there is nothing wrong with telling the truth, but that it is the right thing to do”, UN torture expert Nils Melzer argued in a statement.

Last but not the least, Assange, as a powerful influencer with a vast following, could spearhead a host of noble causes and entertaining trends, were his liberty to be restored.

From human rights protection to legal aid for the underprivileged, from setting up cat shelters all over the world, to launching a new Baywatch series with a focus on marine conservation and environmental protection of endangered beaches, there is no limit to the causes that Assange could support.