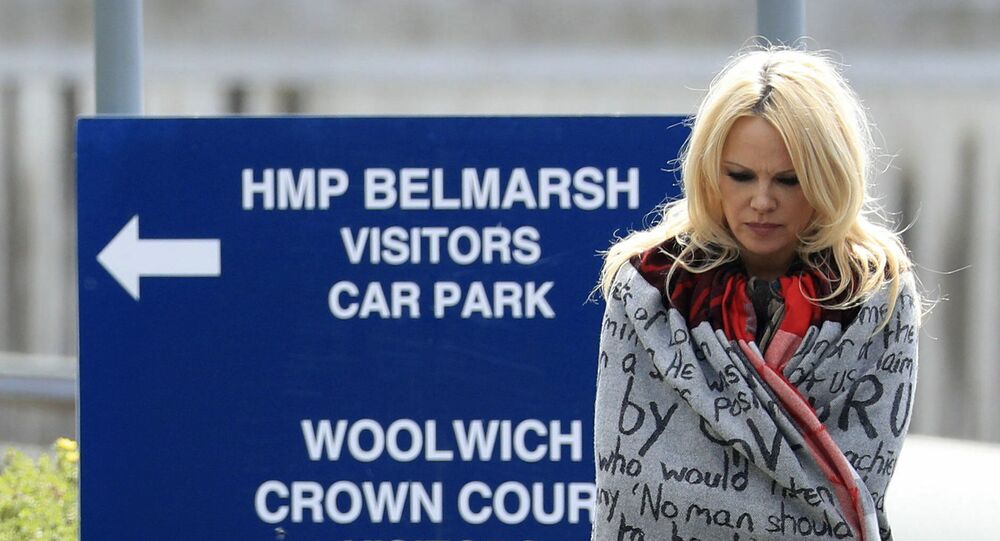 The news comes amid reports that Donald Trump will issue up to 100 pardons or commutations before he leaves office on 20 January, Fox News reported citing two unnamed sources who said the list of pardons will be announced on Wednesday.

Actress and activist Pamela Anderson has made a final plea to Donald Trump, urging the president to "do the right thing" and pardon WikiLeaks founder Julian Assange, who is wanted in the United States on 17 charges. Anderson, who has been a long-standing supporter of Assange, said freedom of speech in the United States will cease to exist, if the journalist goes on trial.

"The entire world wants, or most want him to pardon Julian Assange. This is his time to shine and really make an impression on the world. If this goes to trial, that's the end of the First Amendment. This is one of those moments in history, in his lifetime, where he can make the right decision. He would really gain a huge following and a huge sigh of relief and gratefulness from so many people on the planet", Anderson told the host of the show "Tucker Carlson Tonight".

The TV host himself urged Trump to "defend the Bill of Rights" and pardon Assange. Carlson, who is a staunch ally of Trump, said the Republican would achieve "a major victory for the principles that this country was founded on and make it a good place to live". "The first one of those is freedom of the press, freedom of speech. It doesn't matter. It's still true and we should pardon Julian Assange", he said.

Fox News said, citing two unnamed sources, that the founder of the whistleblowing website is unlikely to appear on the president's list of clemency orders.

Why is Julian Assange Wanted in US?

In 2010, WikiLeaks published classified US documents detailing possible war crimes committed by American forces during military campaigns in Afghanistan and Iraq. In particular, the leaked papers reveal murder, the torture of civilians, and other human rights abuses.

Following the publication, Washington began a criminal investigation into the Australian journalist and his website. That same year Assange was accused of sexual assault in Sweden. He dismissed the case, arguing it was a pretext to have him extradited to the United States.

© REUTERS / Peter Nicholls
Trump Not Planning to Pardon Assange Among Up to 100 New Clemency Orders, Reports Say
In 2012, he applied for political asylum in Ecuador and spent 7 years at the Ecuadorian Embassy in London. On 12 April 2019, his asylum was terminated a day after WikiLeaks issued a report claiming the Ecuadorian authorities were spying on him.

He has been incarcerated at the Belmarsh high-security prison in London ever since he was evicted. In January, a UK judge rejected a US request to extradite him to the United States due to fears that he may commit suicide. District Judge Vanessa Baraitser, however, deemed his whistleblowing activity to be beyond investigative journalism.

US prosecutors said they would appeal the decision. Assange is wanted in the United States on 17 charges under the Espionage Act. If found guilty, he could face up to 175 years in prison.