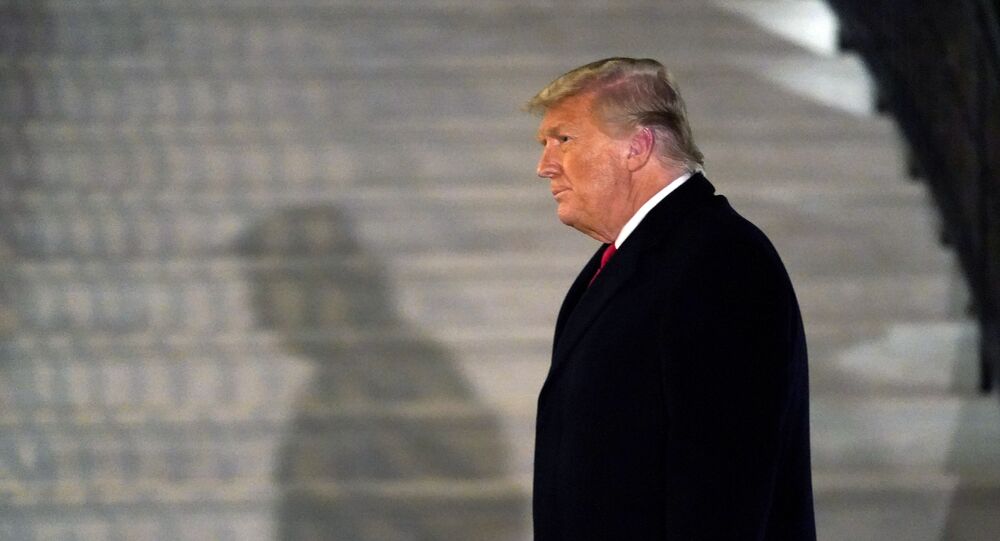 This step was taken in coordination with the Ministry of Health and takes into account the order dated January 12, which requires those entering the United States to test negative for the coronavirus, the proclamation says.

The outgoing US President Donald Trump issued a proclamation on Monday to lift the travel ban on the countries of Europe, including the UK, starting from January 26.

The order lifts the restrictions imposed last March due to the COVID-19 pandemic and also permits travel from Brazil.

According to the proclamation, Trump finds that the unrestricted entry into the US of persons who have been to the aforementioned states "is no longer detrimental to the interests of the United States".

INBOX: President Trump issues Proclamation calling for #COVID travel restrictions on people coming to the US from the UK, Ireland and Brazil to be lifted. pic.twitter.com/Dad9LRREv3

Nevertheless, the proclamation left in place travel restrictions on China and Iran, according to the released document.

"This cooperation stands in stark contrast to the behavior of the governments and state-owned enterprises of the People’s Republic of China and the Islamic Republic of Iran, which repeatedly have failed to cooperate with the United States public health authorities and to share timely, accurate information about the spread of the virus," the proclamation reads.

Earlier in the day, Trump issued another executive order aiming to alleviate regulatory burdens on Americans by ensuring that they are fully aware of potential criminal liability for violations of regulations.

"In the interest of fairness, Federal criminal law should be clearly written so that all Americans can understand what is prohibited and act accordingly. Some statutes have authorized executive branch agencies to promulgate thousands of regulations, creating a thicket of requirements that can be difficult to navigate, and many of these regulations are enforceable through criminal processes and penalties," Trump said.

Meanwhile, the spokeswoman for Biden’s transition team, Jen Psaki, issued a statement on Twitter, saying that the next US president does not plan to lift any travel restrictions given the rising number of COVID-19 infections.

On the advice of our medical team, the Administration does not intend to lift these restrictions on 1/26. In fact, we plan to strengthen public health measures around international travel in order to further mitigate the spread of COVID-19.

Media earlier reported that for the majority of non-US citizens who have recently visited Brazil and several European countries, Trump will cancel entry bans imposed due to COVID-19.

© REUTERS / Joy Malone
COVID-19 Fallout: US Faces ‘Dark Weeks Ahead’, Incoming CDC Head Warns
The restrictions were lifted against the background of the pandemic continuing unabated both in the USA and in Europe, with the daily infection rate remaining at a high level, as according to the most recent data from Johns Hopkins University, the US has seen a total of more than 24 million people infected since the start of the pandemic, and the overall death toll stands at 398,000.

Brazil is ranked second with respect to the total number of deaths from COVID-19, which currently stands at more than 209,000, while the country also has more than 8.4 million confirmed cases.

The pandemic is far from its end also due to the discovery of a new, more contagious variant of the coronavirus in the UK at the end of last year, described as being 70% more transmissible than the original virus. And last week the US Centers for Disease Control and Prevention (CDC) said that the new strain, which has already been discovered in the US, may become the dominant variant of the virus in the country as late as March.