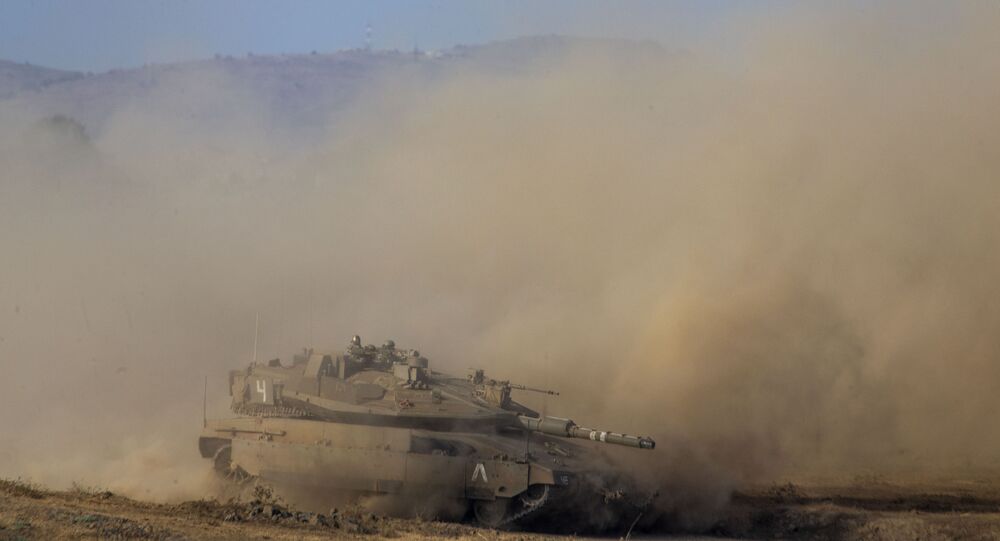 MOSCOW (Sputnik) - Russia calls on Israel to report on the possible security threats from Syria, foreign minister Sergei Lavrov said on Monday, stressing that Syria should not turn into a battlefield for Iran and Israel.

"If Israel is really forced to respond to threats to the Israeli security coming from the Syrian territory, we have told our Israeli colleagues many times: if you see such threats please give us the information," Lavrov said at a press conference.

Lavrov stressed that Russia does not want the Syrian territory to be used either against Israel or "as a platform for the Iranian-Israeli strife."

"So, our dear Israeli colleagues, if you have facts that your state is facing threats from the Syrian territory, report the facts urgently and we will take every measure to neutralise the threat," Lavrov assured.

© REUTERS / POOL
Netanyahu Says Israel Not to Allow Pro-Iranian Armed Groups to Gain Foothold in Syria
From time to time, Israel carries out attacks on Syria saying its operations are aimed at countering the Iranian military presence in the Arab republic. Damascus condemns such attacks as violations of the Syrian national sovereignty.

The most recent incident took place last week, when Syrian state television reported about Israeli airstrikes on the eastern part of the country. According to other media reports, the Israeli Air Force hit depots with Iranian ammunition after having received intelligence data from the United States.