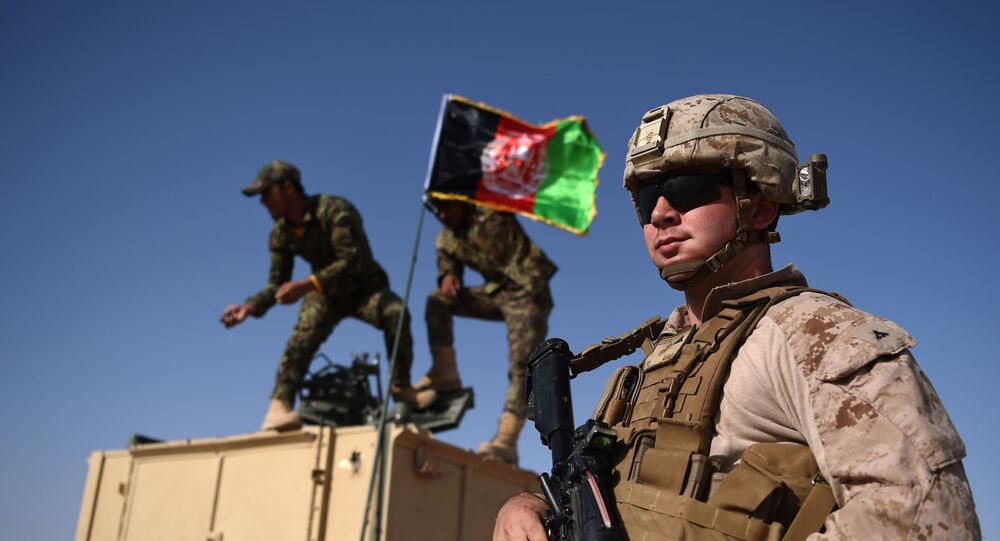 KABUL (Sputnik) - The Taliban see the US troop drawdown in Afghanistan as a "good advancement" in implementing the February deal, the spokesman for the movement’s political office in Doha said on Saturday.

On Friday, US Acting Secretary of Defence Christopher Miller said that the Pentagon had drawn down troops in Afghanistan and Iraq to just 2,500 soldiers in each country, in line with President Donald Trump's order. The troop reductions come despite the fact that the Congress earlier this month passed legislation to prevent the planned withdrawal of soldiers from Afghanistan until it receives a report assessing the effect of such a pullout.

"The withdrawal of other US forces from Afghanistan, which was announced by the US yesterday, is a good advancement and practical measure. Undoubtedly, the practice of the agreement signed between the IEA [Taliban] and the US is in the benefit of both countries and nations," Mohammad Naeem tweeted.

The Taliban, he added, are committed to the agreements struck with the US and "want the same from the other side."

In February, the US and the Taliban signed the first peace deal after more than 18 years of conflict. The agreement envisions conditions-based foreign troop pullout from Afghanistan within 14 months and the launch of intra-Afghan talks. The Taliban, in return, pledge to provide guarantees that the country will not become a haven for terrorist groups.

The Kabul-Taliban peace negotiations kicked off in Doha in September.