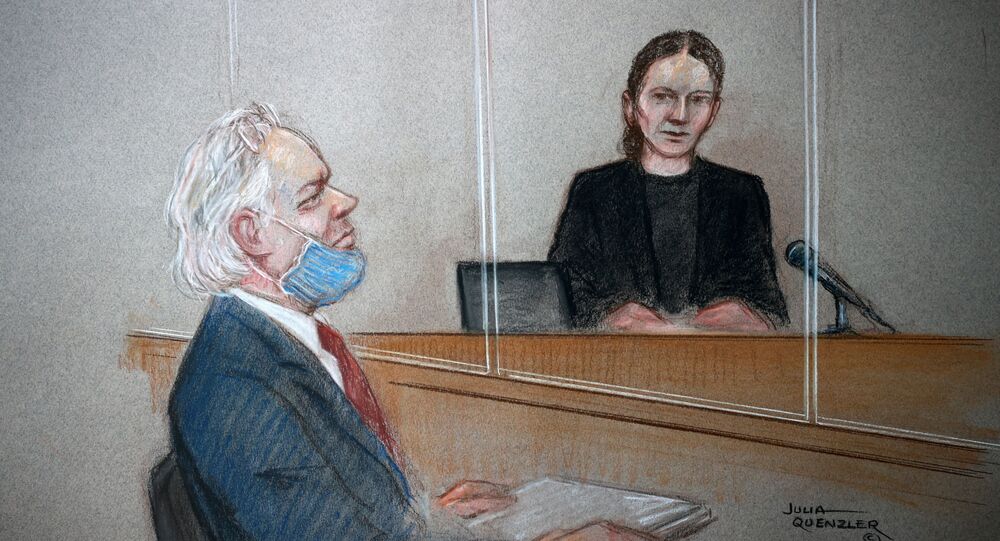 The British judge denied a request to extradite Australian publisher Julian Assange to the US this month over worries about the state of the editor’s mental health. Assange is facing up to 175 years in US prison under Espionage Act charges for posting hundreds of thousands of classified documents through his blog WikiLeaks.

WikiLeaks is reaching out to high-profile reporters via Twitter direct messages at the behest of Julian Assange’s partner, Stella Moris, in attempt to secure contacts in the White House that might persuade US President Donald Trump to issue a last-minute pardon to the organisation’s founder, CNN reported, citing the letters in question.

One of the messages reportedly called the WikiLeaks founder “a free speech hero” who is facing punishment for “journalistic activities”.

Another version of the message sent out to journalists allegedly said that Moris “was hoping that you may have ideas or contacts that could help convince Trump to pardon Assange”.

CNN’s Oliver Darcy argued that he was one of those who had received messages of this kind that were sent out to reporters at “some of the nation's top news organisations”.

No screenshots of the messages were provided by the media, but Moris has confirmed the bid to CNN, saying that she had asked WikiLeaks to “reach out to some of its most influential followers”.

"I am not in touch with anyone in the White House, hence the effort to ask people who might have contacts to speak to them themselves, and make the principled case for a pardon," the South Africa-born lawyer and mother of Assange’s two children explained.

According to Moris, she has not secured a bond with anyone at the White House so far, but some journalists have responded to the organisation’s bid by requesting an interview with Assange.

Moris maintains that her partner’s sentencing could “turn investigative reporting into a criminal enterprise."

The Australian founder of WikiLeaks is currently imprisoned in the UK following his arrest in the Ecuadorian Embassy in April 2019. British authorities found Assange guilty of breaching his earlier bail conditions and failing to surrender himself to the UK court in 2012 upon Sweden’s request for extradition.

While in prison, the US authorities unveiled a trove of charges against the WikiLeaks founder for releasing hundreds of thousands of leaked US military cables and messages throughout 2010-2011, which are considered classified.

Overall, in the United States Assange is wanted on 18 charges, 17 of which relate to the US Espionage Act, potentially landing him in prison for up to 175 years.

The editor and WikiLeaks organisation believe that the charges undermine the key premises of journalism and freedom of information, as Assange remains the publisher of the leaked info and not the source of the leak itself.

© REUTERS / HENRY NICHOLLS
A woman holds a placard outside the Westminster Magistrates Court as lawyers for WikiLeaks founder Julian Assange seek bail for their client in London, Britain January 6, 2021

During his time in the UK prison, Assange’s legal team has kept fighting against his extradition to the United States. On 4 January, District Judge Vanessa Baraitser ruled that the publisher shouldn’t be sent out to America based on fears that he could “circumvent suicide prevention measures” and kill himself in a US prison.

The judge still denied the bail request for Assange, agreeing with prosecutors that he would “fail to surrender to court” and eventually escape, citing a precedent where he locked himself in the UK's Ecuadorian Embassy for seven years after being granted asylum.

Assange moved to seek asylum after Sweden issued an international arrest warrant for the journalist in November 2020 after being accused of sexual assault by two women, shortly after his blog has started unveiling secretive US war logs. The publisher has denied all the accusations that were brought against him.

In November 2020, the Swedish prosecutor halted the sexual assaults investigation against Assange, arguing that "the evidence" in the case "has weakened considerably due to the long period of time".

Assange’s legal team and supporters have continued to call on Trump administration to issue a pardon to the journalist before the office is finally occupied by Joe Biden on 20 January. Former Democrat presidential candidate Tulsi Gabbard has also made a relevant plea in Assange’s favour, while praising him for exposing “the deception and criminality of those in the deep state” “at great personal sacrifice.”

In the end of last year, President Trump issued a trove of pardons to his loyal supporters and legal victims of Russiagate saga, including former national security advisor Michael Flynn and former 2016 campaign staffer Paul Manafort, but has remained reluctant so far to comment on Assange’s situation.