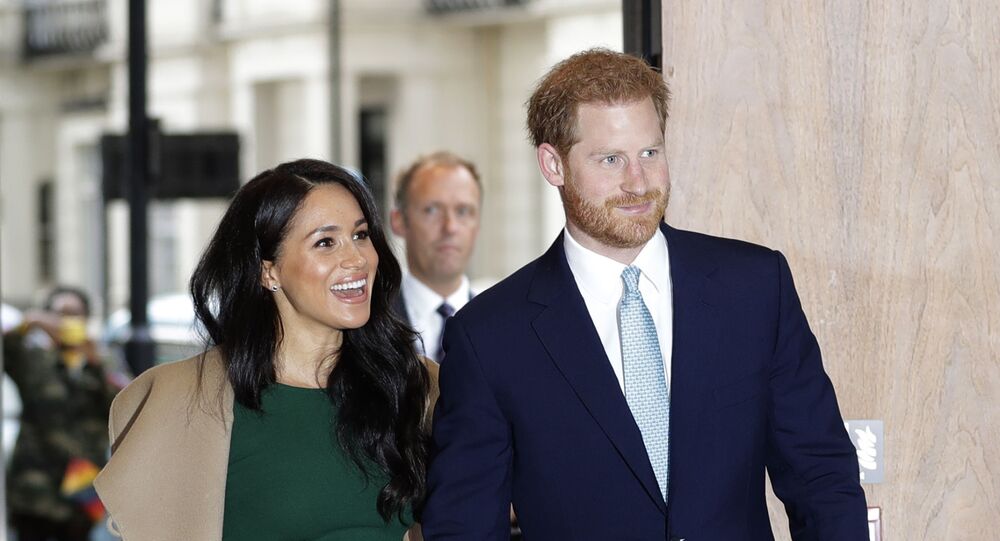 After Prince Harry and Meghan Markle officially departed from their senior royal posts in March 2020, it was expected that they would make a startling comeback to the UK at the beginning of this year for a 12-month review of their agreement with Buckingham Palace. The new lockdown in the kingdom has apparently curtailed these plans.

The Queen has been satisfied with the current Megxit arrangement and there is no need for an annual review that had been scheduled for March, Katie Nicholl, Vanity Fair's royal affairs correspondent, told True Royalty TV's Royal Beat.

“My understanding from the Sussexes' camp is that there has been communication with the Queen, Prince Charles and with William as well. The general feeling is that this [current situation] is working,” Nicholl argued.

Following travel restrictions caused by the new UK lockdown an offline meeting between the royal family members is not something to be anticipated in the coming weeks. But the expert believes that even a joint face-to-face Zoom session between Prince Harry, Meghan and those senior royals who stayed in the UK – the Queen, Prince Charles and Prince William – is not currently planned.

However, Nicholl points out that there is still one question hanging in the air that has to be discussed by the parties, which is Prince Harry’s military rank that he could permanently lose, after the couple’s decision to step down from their senior royal positions which they announced in January 2020.

“The one thing that is outstanding is the issue of [Prince Harry’s] military title and I am told that it will be the Queen who ultimately makes that decision,” Nicholl suggested.

© AP Photo / Frank Augstein
FILE - In this Saturday, June 8, 2019 file photo, Britain's Meghan, the Duchess of Sussex and Prince Harry ride in a carriage to attend the annual Trooping the Colour Ceremony in London

Despite the rosy report, the Vanity Fair correspondent still argues that the Sussexes’ lucrative deals with broadcasting giants Netflix and Spotify, rumoured to be worth £100million and £30million respectively, is still causing some alarm among the Buckingham Palace crowd.

“This isn’t to say that people are not watching closely what these deals are, what the couple are doing and what these projects are going to be,” Nicholl shared.

The Duke and Duchess of Sussex, who reside in LA with their 19-month-old son Archie, are still expected to make a return to Britain this summer for Queen Elizabeth’s 95th Birthday in April and the 100th birthday of Prince Philip in June. It is also believed that they will be returning to Kensington Palace in July to unveil a statue of Prince William's and Harry's mother Diana, Princess of Wales, that was commissioned by the brothers several years ago.

However, a recent media poll suggested that the British public does not really fancy the couple returning to the land of Prince Harry’s birth after the duo’s scandalous departure from the senior royal positions to live a “financially independent” life.