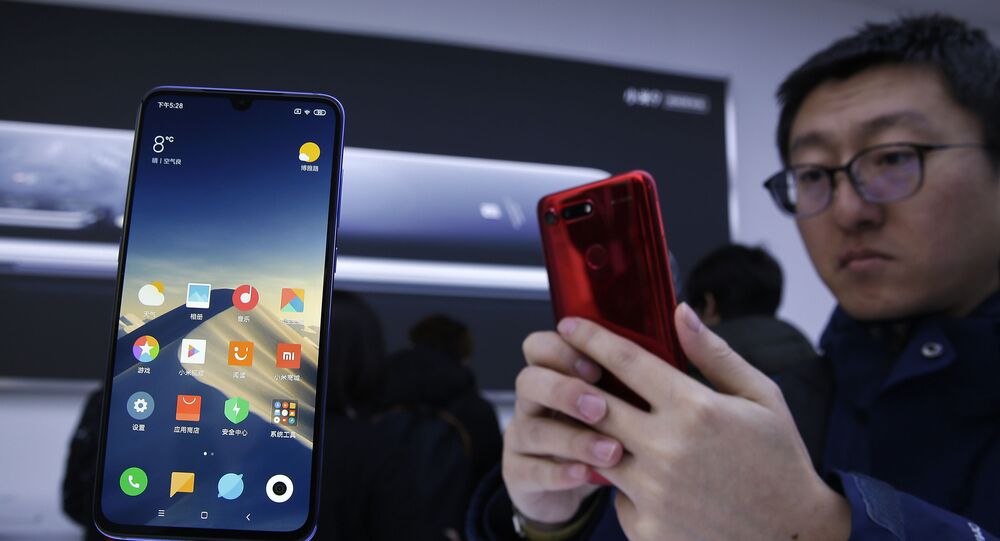 Shares of Chinese electronics maker Xiaomi saw a significant drop on Friday, shortly after the US ban effectively prohibited American companies from buying the company’s securities and prompted divestment from the tech giant.

Xiaomi’s shares plunged nearly 11% at Hong Kong’s Stock Exchange, dropping 3.350 points. At the closing bell on Friday, they reached a low point of 29.300.

American chip maker Qualcomm is one of the major investors in the firm. Following the ban, the semiconductor giant will have to divest its holdings in Xiaomi by 11 November 2021.

This is likely to majorly influence the company’s stock price, as it has already been exemplified by major drops on Friday.

© AP Photo / Andy Wong
Xiaomi's Founder, Chairman and CEO Lei Jun appear on a big screen talks about the latest Xiaomi Mi 9 during a product launch event in Beijing, Wednesday, Feb. 20, 2019
All nine companies have been designated as “Communist Chinese military companies” by the US Department of Defence in relation to a 1999 law that required it to come up with the list of firms controlled or directly owned by the Chinese military.

In a statement to AFP, Xiaomi has strongly denied claims that it has been linked to the national army in any way, noting that “the potential consequences” of the new ban are currently being under review.

In 2020, the Pentagon blacklisted 35 companies in relation to alleged links to Communist party’s military, with Xiaomi now joining the ranks of Semiconductor Manufacturing International Corporation (SMIC) and telecom giant Huawei.

The last company has been a common target of US sanctions and bans in the past, with the Trump administration launching a prominent crusade against the tech producer and leading 5G equipment manufacturer.

In May 2019, the US Department of Commerce banned Huawei and 70 of its affiliates from doing any businesses with American companies.

A year later, the Senate passed a legislation that has effectively forbidden Chinese firms from rising money from American businesses and listing their shares on US stock exchanges in case they fail to abide by US security laws.

It can be fairly argued that the US-China economic tensions have been a prominent highlight of Donald Trump’s four-year presidency.