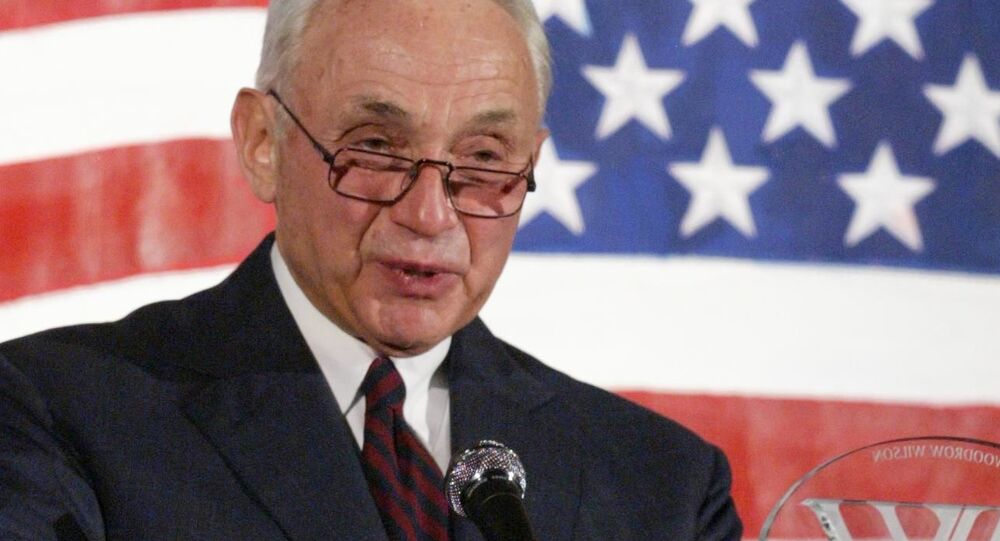 Wexner distanced himself from Jeffrey Epstein, his former personal money manager, after discovering he had swindled him out of millions of dollars in 2007. At the same time, the mogul insisted he had never been aware of his sex trafficking crimes.

Les Wexner, a US billionaire known for the expansion of the Victoria's Secret lingerie empire, knowingly allowed his former friend Jeffrey Epstein to use his luxurious mansion in Ohio for luring in and abusing underage girls while posing as a modelling recruiter, a new lawsuit obtained by the Daily Mail claims. The suit was launched on Tuesday by shareholders of L Brands - a fashion company founded by Wexner - against its top management.

According to the bombshell suit, both the mogul and his wife Abigail 'knew or should have known' about Epstein's dealings at the mansion.

"Upon information and belief, the Wexners let Epstein use their home for liaisons with victims," the suit alleges. "One of Epstein's victims, Virginia Giuffre, has claimed that he directed her to have sex with Mr. Wexner, among others. Another victim, Maria Farmer, has accused Abigail Wexner of acquiescence while Epstein and Ghislaine Maxwell sexually assaulted her in the New Albany compound and, effectively imprisoned her there and kept her under security guard."

© Photo : YouTube/ Westchester Digital Summit
Epstein Told Maxwell to Reward Those Who Could Discredit Alleged Victim Virginia Giuffre
Wexner severed ties with Epstein, who used to manage the tycoon's finances, after it transpired that the late convicted paedophile had fleeced him of at least $46 million. However, after Epstein's apparent suicide, the businessman confessed to having no knowledge about his sex abuse crimes.

Epstein was arrested in 2019 on suspicion of running a sex-trafficking ring by luring underage girls into his New York and Florida estates to attend sex parties. He died in his prison cell during pre-trial detention at Manhattan's Metropolitan Correctional Centre by suicide.