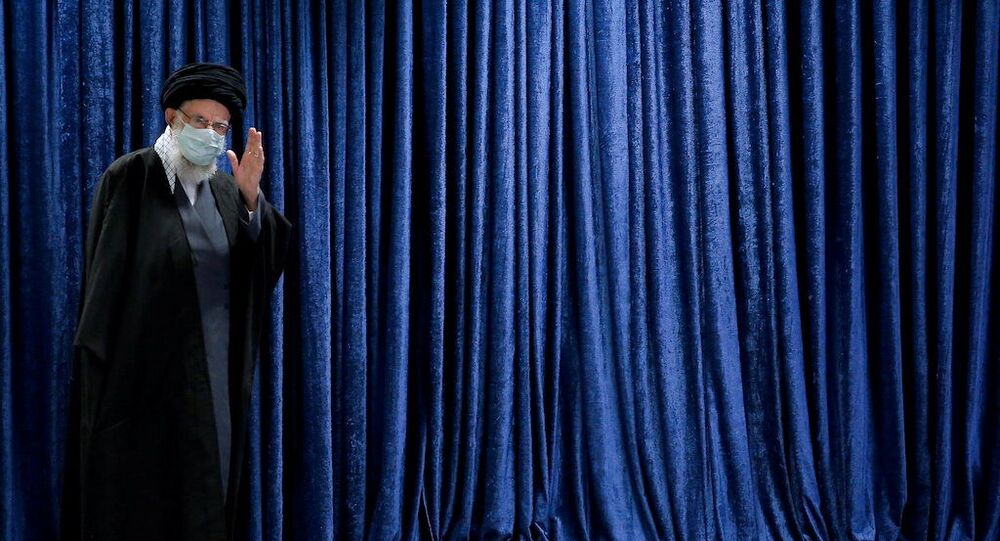 In December last year, the tech giant announced a policy under which it would eliminate the users' content containing what it described as potentially “false or misleading information” about COVID-19 vaccinations.

Twitter has removed a post on its platform made by Iran’s Supreme Leader Ayatollah Ali Khamenei due to its "violation of rules", as in a tweet Khamenei claimed coronavirus vaccines made in the US and the UK are “untrustworthy", also slamming the French vaccines, The Times of Israel reported Saturday.

The social media platform removed the tweet and replaced it with a message that said it was “no longer available because it violated the Twitter Rules.”

Iran earlier prohibited the import of the American and British vaccines, claiming they are likely to be used "to contaminate other nations", Khamenei's English-language post, that ended with the hashtag #CoronaVaccine, read, according to the screenshots shared online.

Khamenei's mention of France was apparently a reference to a scandal in the 1980s in which HIV-infected blood was distributed in France, and later to other countries. Among those infected were hundreds of people in Iran.

According to the report, a spokesperson for the social network stated on Saturday that the tweet “violates… specifically our COVID-19 misleading information policy.”

As stated in the company's policy, issued in December, "false claims" include comments on vaccines that evoke malicious conspiracy theories and those that claim that vaccinations are used to harm or regulate populations.

Twitter is officially blocked in the Islamic Republic, although several high-ranking officials, such as the president and foreign minister, have verified accounts on the platform and use them often.

​The US has been repeatedly accused by Iran of hampering access to vaccinations by harsh sanctions.

Last month, President of Iran Hassan Rouhani said the US government had demanded Tehran pay for drugs through US banks. He added that he had feared that the US would seize the money.

According to the latest data of Johns Hopkins University, Iran has seen more than 1,200,000 cases of the novel coronavirus, with a death toll of over 56,000 deaths.

Earlier, on Friday, Twitter had unprecedently suspended the personal account of the incumbent US President Donald Trump forever, out of fear of "further incitement of violence" in light of January 6's chaotic events in Washington, DC, when Trump supporters stormed the US Capitol amidst its convention to certify the votes of the presidential election.

Washington's Sanctions Should Not Bar Iran From Getting US Vaccines, Health Ministry Says