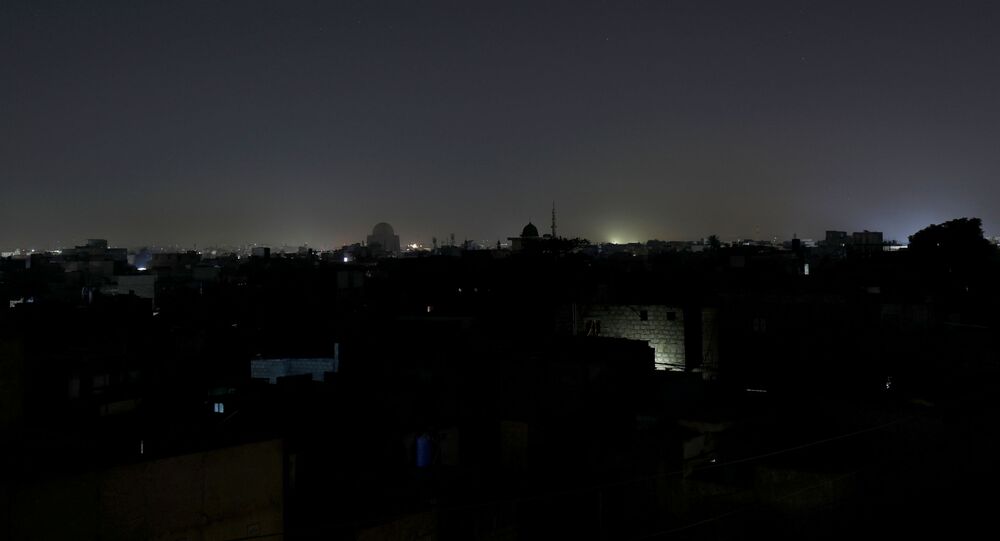 According to reporters on social media, NTDC transmission lines have apparently tripped. While the authorities are trying to establish the cause of the outage, Pakistanis rushed to social media providing conspiracy theories as an explanation.

A massive power outage was reported in Pakistan on Saturday, plunging the whole country into darkness with simultaneous blackouts.

Pakistani Energy Minister Omar Ayub said on Twitter that the blackout was due to a sudden frequency drop in the national power distribution system, adding that he was overseeing the situation himself.

It appears that the power supply was restored in some area by 2 am local time.

Countrywide power breakdown including in capital centers due to sudden frequency droppage in power transmission system from 50 to 0. Federal Minister for Power is overseeing the entire process. We are told that the technical fault will be restored shortly insha'ALLAH.

The light went out in most cities, including the largest Pakistani city of Karachi, as well as Lahore, Multan, Rawalpindi, the capital of Islamabad, Sialkot, Sahiwal, Gujranwala, Peshawar and Bahawalpur.

According to Abid Qaiyum Suleri, a member of the Prime Minister’s Economic Advisory Council, the blackout occurred due to a broken 500KV power transmission line. A large coal plant went down triggering a chain reaction across the whole country.

500KV #power transmission line broke down. Uptake issue from #Tarbella & #Fog can be the possible reasons. #Pakistan plunged into darkness.

Social media posts showed Pakistan’s many sprawling urban territories in darkness, with many users expressing concern over patients on life-support and other critically important electricity-dependent services.

The blackout in Pakistan is a bit suspicious. How does an entire country lose power? This effects everything...communication, businesses, hospitals, the government #PakistanBlackout

​Photos and videos have also been shared on social media.

“All teams have reached their respective stations… Federal Minister for Power, Petroleum and Natural Resources Omar Ayub is himself supervising the restoration work,” Omar Ayub said as quoted by The Express Tribune.

Information Minister Shibli Faraz suggested that the blackout came as a result of a technical fault in the system of the autonomous National Transmission & Despatch Company.

Meanwhile, netizens have alleged that a military strike could follow the massive outage, asking everyone to "be ready". However, no official statement has been made in that regard. Another report said air forces in neighbouring India and Iraq were also placed on high alert.

There were also allegations that an energy plant had been attacked, triggering the blackout in the whole country. It has not been confirmed by the government.

*Rumors an attack on an energy plant (maybe ⚛️); Gov't giving indications it was cyclic tripping |Waiting for confirmed details

Other users pointed out that it was only 9 days into the new year and negative events were already taking place, fearing what could be expected to come next.

2021 has not a good start. USA Capitol stormed, Pakistan national power outage. How many days are we in, 10?
(sarcasm on) Can't wait for the other 355 days! (sarcasm off) pic.twitter.com/2fmHGYGEZC

Following the blackout, Pakistan's Internet connectivity plummeted to 62%, NetBlocks.org said. Users are now struggling to connect to the web, as the outage continues.

It is not the first time Pakistan has been hit by a massive outage, as in January 2015, 80 percent of the country were left without power for hours. However, Saturday's blackout could become the biggest ever in the country.