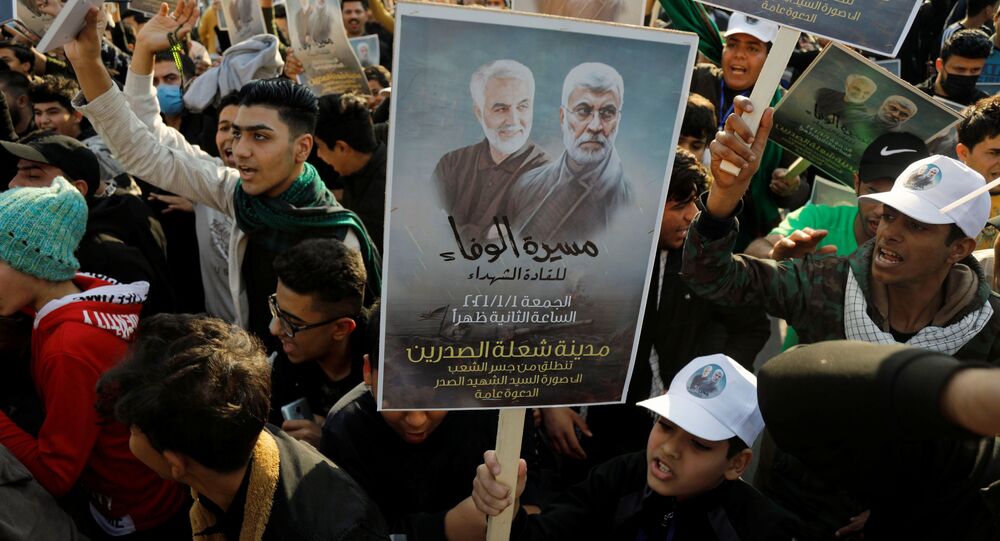 "The judge in Al-Rasafa court [Baghdad's district], authorized to investigate the killing of the militia group deputy commander ... has decided to issue an arrest warrant for US President Donald Trump based on Article 406 of the Iraqi criminal code ... Investigators will continue to identify other persons involved in this crime, whether they are Iraqis or foreign nationals," the press service said.

According to the statement, the judge made their decision after completing the preliminary investigation. On Thursday, the court heard testimonies of plaintiffs — family members of the assassinated militia leader.

In December, the head of the press service of the Supreme Judicial Council of Iraq, Heydar Ali Nuri, said that the Iraqi court would soon announce decisions regarding those accused in this case. According to him, the court has achieved a significant progress in the investigation of the incident.

Case files include videos containing Trump's official statements, indicating that he had issued an order to conduct the drone strike. Testimonies were collected from the management and security personnel of Baghdad International Airport, as well as from the staff of the UK private military company G4S, who were at the airport at the time of the incident.

On 3 January 2020, a drone strike ordered by Trump killed al-Muhandis and prominent Iranian military figure Qasem Soleimani, the commander of the special forces of Islamic Revolutionary Guard Corps (IRGC), near Baghdad International Airport. Washington believes they were involved in organizing an attack on the US embassy in Baghdad on December 31, 2019. Iran responded by attacking US bases in Iraq.