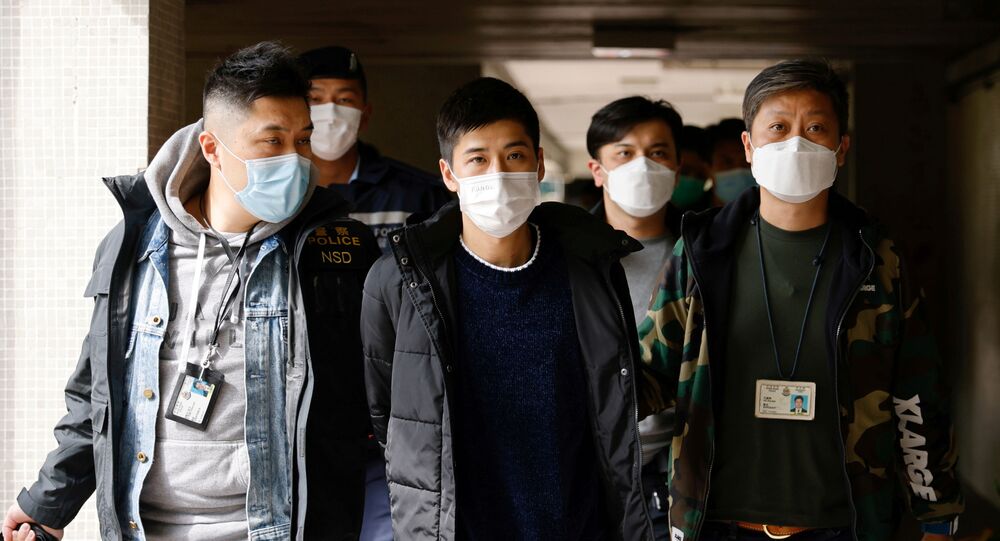 Late on Wednesday, US Secretary of State Mike Pompeo said in a statement that Washington is looking to slap sanctions on Chinese state agencies and officials over the arrest of more than 50 pro-democracy activists in Hong Kong, including a US citizen.

The United States will have a "heavy price" to pay for its threats to censure Chinese officials over Hong Kong detentions, Foreign Ministry spokeswoman Hua Chunying told reporters Thursday.

The ministry's representative, who also condemned Washington's plans to send a UN ambassador to Taiwan, called on the US authorities to immediately halt interference in China's internal affairs.

US Secretary of State Mike Pompeo vowed on Wednesday to impose sanctions on Chinese officials for "undermining Hong Kong's democratic processes" after some 53 pro-democracy activists were detained on charges of subversion and the national security law.

Pompeo referred to the detentions as the "Chinese Communist Party’s contempt for its own people and the rule of law".

In late June, China adopted legislation that bans separatist and terrorist activities in Hong Kong as well as any type of outside meddling. While opponents of the law both in Hong Kong and abroad see it as a violation of freedom, Beijing has emphasised that it aims to punish illegal activities without encroaching on the local population's rights.