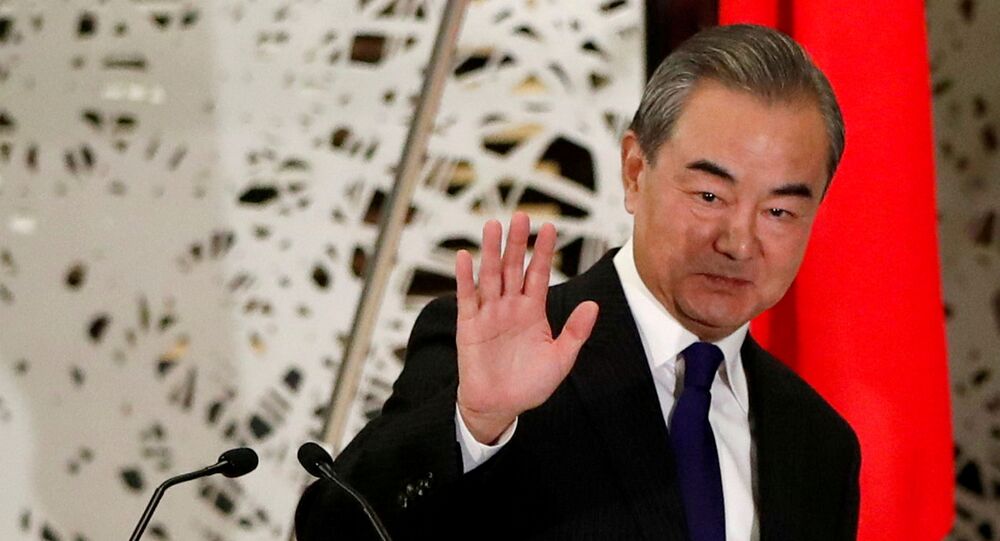 The comments follow a major investment treaty agreed between the two economic powerhouses, sparking concerns in Washington amid tensions in the ongoing US trade war with China.

Europe should not be influenced by other nations in its relations with Beijing, Chinese Foreign Minister Wang Yi said in a meeting with Cypriot counterpart Nikos Christodoulides on Tuesday as reported by the South China Morning Post.

Chinese-EU relations should "not be affected by external interference" but should advance "towards win-win cooperation", Wang said, adding Beijing regarded the 27-member bloc as a major force for a multipolar world.

“China-EU consensus outweighs differences. The two sides are partners, not systemic rivals. China and the EU should understand and respect the choices of each other’s people, actively expanding common interests and enhancing mutual trust,” he added.

© CC BY 2.0 / Fabrice Debatty/Friends of Europe / 45821
EU, China Strike 'In Principle' Trade Agreement Amid Backlash From Incoming Biden Gov't, Reports Say
The news comes as officials have hailed the deal as a success, despite criticisms over alleged human rights abuses and forced labour in the Xinjiang Uyghur Autonomous Region (XUAR), which Beijing has repeatedly denied, the report read.

But according to a recent interview with CNN, the deal has triggered concerns in Washington, where President-elect Joe Biden's administration aims to boost soured ties between the US and EU, as well as work with European allies.

“We are confident we can develop a common agenda on issues where we share deep concerns about China. And it’s not just on trade, it’s on technology. It’s on human rights. It’s on military aggression,” incoming national security adviser Jake Sullivan told CNN at the time.

What Are the Four Aspects of Developing China-EU Relations?

The news comes after Brussels and Beijing struck the deal ahead of New Year's Eve last year, with the agreement being confirmed by Chinese President Xi Jinping and European Commission President Ursula von der Leyen.

© AP Photo / Evan Vucci
China Slams O'Brien's Scramble For Anti-China Alliance In SE Asia After $26.2bn RCEP Free Trade Deal
According to EU trade commissioner Valdis Dombrovskis, the Comprehensive Agreement on Investment (CAI) was the "most ambitious outcomes that China has ever agreed with a third country".