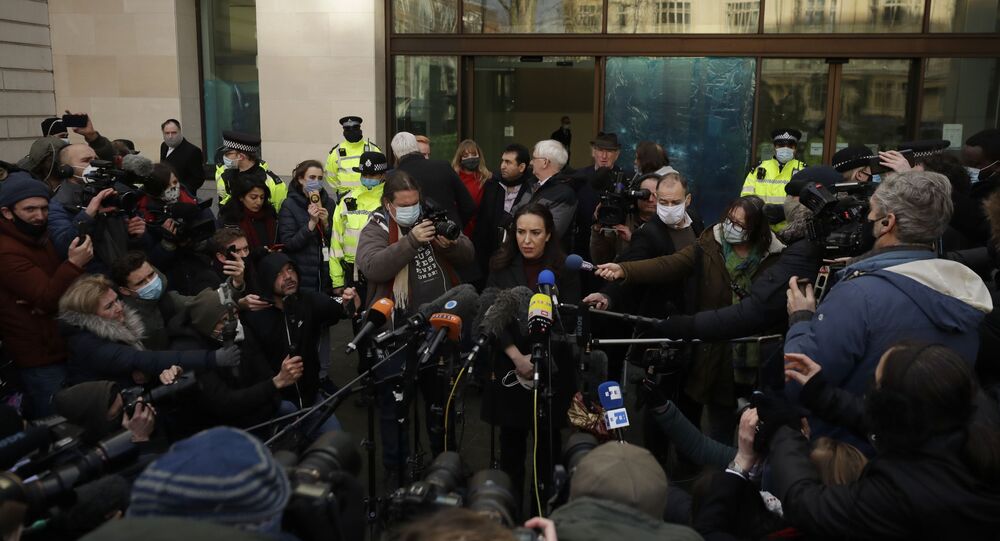 Just 48 hours after a UK judge rejected Assange's extradition, the WikiLeaks founder has been denied bail on grounds of previous absconding.

Julian Assange's partner Stella Moris has said she is disappointed with the court's decision to deny bail to Assange and called on the US to drop the charges against him.

"This is a huge disappointment...Julian should not be in Belmarsh Prison in the first place. I urge the Department of Justice to drop the charges and the President of the United States to pardon Julian", she told reporters outside the court.

Moris previously posted a tweet as she was travelling to Westminster Magistrates' Court in London captioned "I hope that by the time I leave, Julian will be by my side".

Assange and Moris have been together since 2015, when she was his lawyer.

They got engaged in 2017 and have two children, but their relationship has been hidden from public and only became known in 2020.

Assange's fiancee previously stated she hoped Trump would "save the First Amendment" and pardon Julian in the final weeks of his term. However, the US president has not granted clemency to the WikiLeaks founder, or indicated that he will do so.

Assange is wanted in the United States on several espionage charges and could face 175 years in jail if extradited there.

However, because of his mental health issues caused, in large part, by detention in Belmarsh prison, a UK judge ruled this week against his extradition.

Assange's legal team earlier today arrived at a London court to seek bail for the journalist, but the plea was overturned by the judge. His lawyers are now planning to appeal the bail denial.