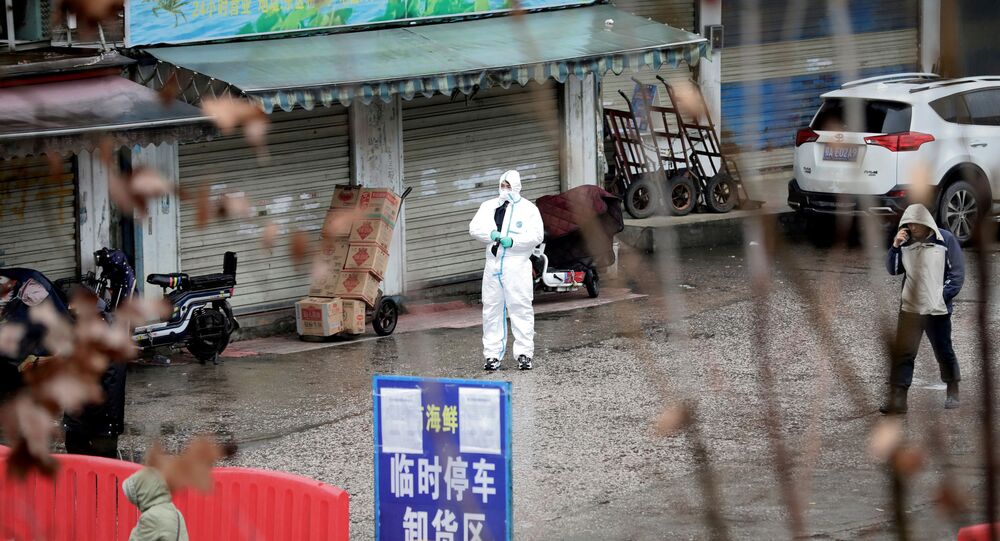 A ten-person team of World Health Organisation scientists was to be dispatched to China to study just how the novel coronavirus was able to jump from bats to humans, but has been blocked from entering the country.

WHO director-general Tedros Adhanom Ghebreyesus has criticised the Chinese government over delays in issuing the necessary permits to allow an international team of scientists to investigate the origins of the coronavirus pandemic.

“Today, we learned that Chinese officials have not yet finalised the necessary permissions for the team’s arrival in China,” the WHO chief said, speaking in Geneva on Tuesday. “I’ve very disappointed with this news, given that two members had already begun their journeys and others were not able to travel at the last minute, but had been in contact with senior Chinese officials,” he added.

Tedros said he remains “in contact with senior Chinese officials”, and stressed that he has “made clear” to them that the fact-finding mission “is a priority for WHO and the international team”.

The official noted that the Chinese side had assured him that they were “speeding up the internal procedure” to allow for the team to begin their work as soon as possible.

WHO Health Emergencies Programme chief Dr. Michael Ryan confirmed that the mission, which was expected to start Tuesday, had been delayed due to a lack of necessary paperwork, including visas.

Tedros’s comments are a rare public criticism of Beijing from the WHO. Last year, as suspicions over the origins of the pandemic degenerated into a back-and-forth blame game between the US and China, President Donald Trump accused the WHO of acting like “China’s puppet”, with US conservative media alleging that Tedros was parroting Chinese talking points. Tedros and China vigorously denied the US claims, and accused Washington of trying to take attention off the alleged shortcomings in its pandemic response.

The 10-person team dispatched to China will be led by Dr. Peter Ben Embarek, a Danish national and WHO food safety expert with experience in the People’s Republic. The team will carry out epidemiologic and serologic assessments in Wuhan, the Chinese city which became the epicentre of the SARS-sCov-2 outbreak which has plagued the world for a year now.

The WHO hopes to find critical information about the origins of the outbreak, pointing out recently that despite months of research, “very little is currently known about how, where and when the virus started circulation in Wuhan”.

Previously, scientists believed that the outbreak began at the city’s wet market – the Huanan Seafood Market. However, on Saturday, Chinese Foreign Minister Wang Yi indicated that a Chinese epidemiological investigation found that the Covid-19 pandemic was “likely” caused by a series of separate outbreaks across multiple locations across the globe. The WHO’s Dr. Ryan challenged these conclusions, calling them “highly speculative".

The fact-finding team wants to make clear whether the wet market was the source of contamination, an amplifier of human-to-human transmission, or both.

Late last month, Chinese health authorities indicated that the true number of Covid-19 cases in Wuhan earlier this year may have reached ten times the recorded tally, meaning as many as half a million residents may have been infected during the outbreak’s early days.

© AFP 2020 / Ted Aljibe
Chinese Foreign Minister Reveals Results of Probe Into COVID-19 Origins
The Wuhan Municipal Health Commission first reported a cluster of cases of an unknown pneumonia in Wuhan, Hubei province on 31 December 2019, with a new coronavirus now known as SARS-Cov-2 eventually identified. In March, as the virus spread through China and around the world, the WHO assessed the outbreak as a pandemic, prompting many countries to introduce lockdowns and other restrictions to try to curb its spread, at significant economic and social cost.

The WHO maintains that “all available evidence” indicates that the virus has an animal origin, and is likely to have emerged from the Wuhan wet market. Nevertheless, Washington and Beijing have spent months arguing about its true origins, with the US and its allies alleging that the virus escaped from a Chinese lab, and China countering and suggesting that it may have been spread in Wuhan by the US Army. Neither side has offered conclusive evidence to back up their allegations.

Last summer, media investigations discovered that Chinese, US, Australian and Canadian scientists and institutions collaborated heavily with one another via the Wuhan Institute of Virology to carry out a variety of potentially dangerous experiments involving coronaviruses. The US National Institutes of Public Health, for example, was known to have given the Wuhan lab $3.7 million grants to carry out research into the transmission of bat coronaviruses.

WHO Announces Validation of Pfizer-BioNTech Vaccine for Emergency Use