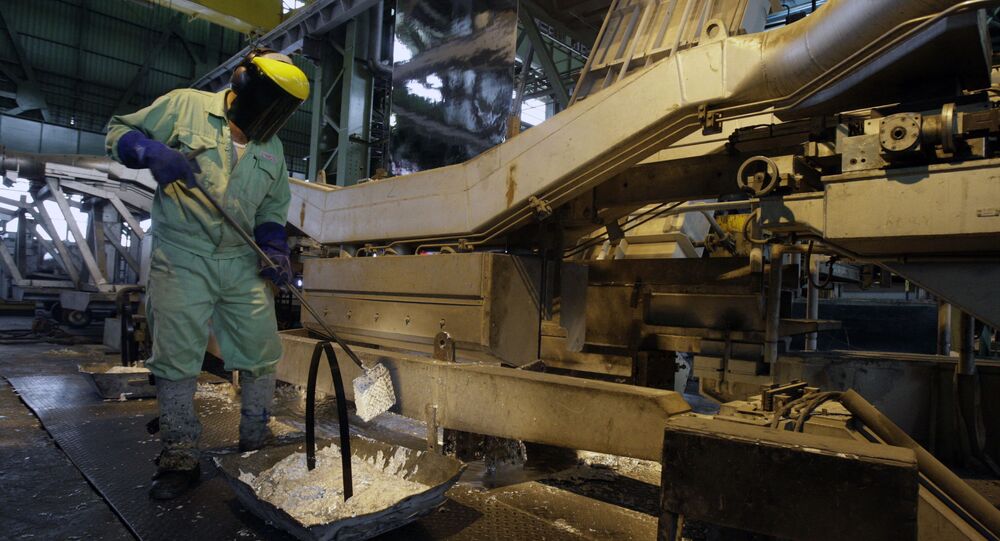 The Islamic Republic continues to be targeted by the Trump administration, with the bilateral tensions between the countries having spiked following Trump's unilateral decision to exit the 2015 Joint Comprehensive Plan of Action (JCPOA) agreement in 2018.

The US Treasury said it has added to the Iran-related sanctions lists as many as 16 companies, most of which are involved with mining and the production of steel.

The latest round of sanctions targets a Chinese supplier of graphite electrodes to Iran, 12 Iranian steel producers, and three foreign-based sales agents of a major Iranian mining holding company, the US Treasury Department said in a statement on Tuesday.

“The Iranian metals sector is an important revenue source for the Iranian regime, generating wealth for its corrupt leaders and financing a range of nefarious activities, including the proliferation of weapons of mass destruction and their means of delivery, support for foreign terrorist groups, and a variety of human rights abuses, at home and abroad”, the Treasury said.

Earlier in the day, Behrouz Kamalvandi, the spokesman for the Atomic Energy Organisation of Iran, said that the country had succeeded in the enrichment of uranium to 20 percent at the Fordow Fuel Enrichment Plant.

Last month, US authorities said in a press release that the Treasury's Office of Foreign Assets Control (OFAC) had designated four entities for facilitating the export of Iranian petrochemical products by Triliance, a petroleum company sanctioned in January for dealings with the National Iranian Oil Company (NIOC), as part of the long-running plan to exert "maximum pressure" on the Islamic Republic.

Separately, in late November, the US sanctioned five companies in Russia and China for being allegedly linked to Iranian missile program.

© AFP 2020 / ATTA KENARE
A picture taken on November 10, 2019, shows an Iranian flag in Iran's Bushehr nuclear power plant, during an official ceremony to kick-start works on a second reactor at the facility.

The White House has consistently been expanding sanctions on Iran and Iran-related businesses, with the bilateral relationship having drastically soured since May 2018, when Donald Trump moved to unilaterally withdraw from the landmark Joint Comprehensive Plan of Action (JCPOA) deal, signed by six parties in 2015. The latter stipulated that Iran would enjoy waivers from sanctions provided it guaranteed it would limit its nuclear programme.

Tehran has vigorously criticised the US sanctions policy, with Iranian President Hassan Rouhani denouncing the White House for creating obstacles for Iran, in particular, amid the coronavirus pandemic, by restricting the country's ability to import medical equipment and vaccines.