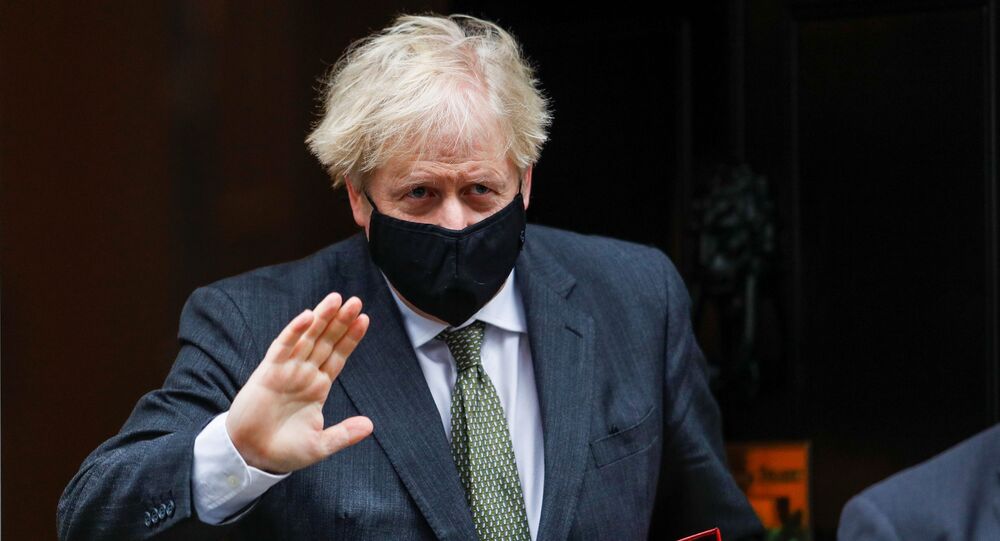 In December 2019, British Prime Minister Boris Johnson accepted Narendra Modi's invitation to attend India's Republic Day celebrations as chief guest. Had he attended the ceremony, he would have been the first British PM in 27 years to be principal guest at India's Republic Day.

As a mutation of coronavirus spreads through the country, British Prime Minister Boris Johnson informed his Indian counterpart Narendra Modi about his inability to visit New Delhi on 26 January.

"[Johnson] spoke to Prime Minister Modi this morning, to express his regret that he will be unable to visit India later this month as planned," a Downing Street spokeswoman said on Tuesday. Indian government sources in New Delhi also confirmed the development saying, “the British Prime Minister conveyed regrets because of the prevailing COVID-19 situation.”

Downing Street stated that in light of the national lockdown announced last night, and the speed at which the new coronavirus variant is spreading, Johnson decided to remain in the country so “he can focus on the domestic response to the virus".

Britain is one of worst hit countries in the world with more than 2.7 million cases and 75,431 deaths.

Last month India and the UK agreed on key elements of a 10-year roadmap to boost the ties at the next level and pledged to fast-track talks on a freetrade agreement to enhance bilateral trade.

Indian foreign secretary Subrahmanyam Jaishankar had said during the joint press briefing with his British counterpart Dominic Raab that Johnson’s presence at the Republic Day ceremony would symbolise a new phase of the relationship. The two sides had agreed to prioritise the agreement of an “ambitious, 360-degree roadmap” for upgrading bilateral relations that was meant to be adopted during Johnson’s visit, the India’s external affairs ministry had said.