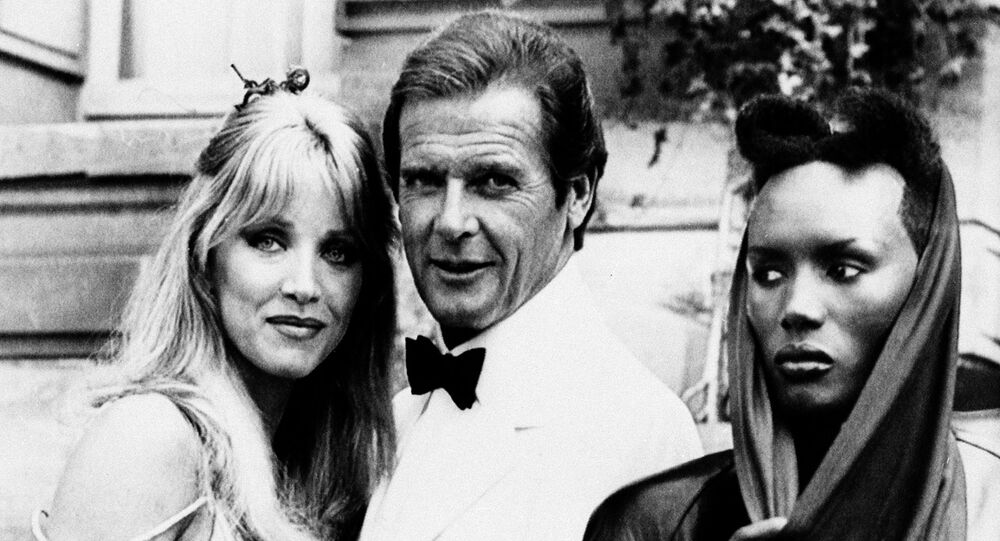 Bond Girl Tanya Roberts Was Reported Dead While Still Alive But Who Else Has This Happened To?

Actress Tanya Roberts, who appeared as a geologist in the James Bond film A View To A Kill, was reported to be alive, 24 hours after media organisations around the world wrongly reported her demise. But she is not the first person to be mistakenly written off.

Tanya Roberts’ agent, Mike Pingel, and her partner Lance O'Brien were left red-faced after they were forced to admit the 65-year-old actress was still alive.

Pingel told Variety Mr O'Brien had mistakenly told him she had died in Cedar-Sinai Hospital in Los Angeles after collapsing on Christmas Eve.

Mr O'Brien was being interviewed about Roberts when he received a call from the hospital and could be heard saying: "Now, you are telling me she's alive?"

TMZ: Tanya Roberts died last night at L.A.'s Cedars-Sinai Hospital following a bizarre turn of events that included her domestic partner incorrectly telling her rep she had died the day before.

​Roberts - who was born Victoria Leigh Blum - starred in the 1985 James Bond film A View to a Kill with Roger Moore and Grace Jones.

She remained in the hospital's intensive care unit but TMZ reported she finally passed away on Monday night.

So who else has been wrongly killed off by the press?

In March 2003, when US and British troops invaded Iraq under the pretence of seeking weapons of mass destructions (WMDs) the Americans came up with a special pack of cards.

This designated Saddam Hussein as the “ace of spades” and listed a number of other top Baath Party officials.

The “king of spades” was Ali Hasan al-Majid, who was nicknamed “Chemical Ali” by the British and American press because of his alleged role in using chemical weapons against the Kurds at Halabja.

In April 2003 several British and US officials falsely claimed 'Chemical Ali' had died in an air strike on Basra, news which was reported by CNN.

His obituary was published in several newspapers but it later emerged that he was alive and well. He was captured later in 2003, was sentenced to death in 2007 and was finally hanged in January 2010, aged 68.

One of the most extraordinary scandals in British politics revolved around Labour MP John Stonehouse.

He had been an MP since 1957 and in 1968 joined Harold Wilson’s Cabinet as Postmaster General but suspicions were then raised about him spying for the communist government in Czechoslovakia.

By the summer of 1974 Stonehouse, by then MP for Walsall North, was in dire financial trouble and his companies were being investigated by the authorities.

So he flew to Florida, left a pile of clothes on a beach in Miami and left the world to assume that he had committed suicide by drowning.

In fact the crafty MP had obtained a false identity and flown to Australia where he joined his lover.

But a few months later he was recognised, by chance, by one of his constituents and was eventually extradited back to Britain and jailed for seven years for fraud.

A popular British sitcom, The Fall and Rise of Reginald Perrin, was loosely based on the Stonehouse story and Leonard Rossiter’s character fakes his own death by leaving his clothes on a beach.

In 1980 Alan Abel was delighted when he read his own obituary in the New York Times.

That was because Abel was a professional hoaxer and he had deliberately fed reports of his own death - supposedly in a skiing accident - to the media.

America’s most august newspaper duly reported that “Abel, a writer, musician, and film producer who specialised in satire and lampoons, died of a heart attack yesterday at Sundance, a ski resort near Orem, Utah.”

Abel, who was 50 at the time, was actually as fit as a fiddle.

With good grace, when he did eventually die in September 2018 the New York Times reported it thus: “Alan Abel, a professional hoaxer who for more than half a century gleefully hoodwinked the American public — not least of all by making himself the subject of an earnest news obituary in the New York Times in 1980 - apparently actually did die, on Friday, at his home in Southbury, Connecticut. He was 94.”

In 2007 the British media became enthralled by the story of John Darwin, a retired prison officer who had faked his own death and relocated to Panama.

Darwin’s wife Anne was in on his charade and for five years she had pretended to their two sons that she was grieving for her husband.

The story began in March 2002 when Darwin set off for a canoe trip in the sea at Hartlepool in the north-east of England.

When he did not returned he was presumed to have drowned. An inquest was held and eventually his widow claimed his life insurance.

But Darwin was in fact alive and had hidden in their home for three years before travelling incognito to Panama, where he had already bought a property and was lying low.

Eventually he returned to Britain and in December 2007 he walked into a London police station and said: "I think I'm a missing person," claiming he had no memory of the past five years.

The couple were both convicted of deception and fraud and spent several years in jail.

In 2016 Mrs Darwin told the BBC she would feel guilt “for the rest of my life” for lying to their sons.

In January 1999 the US baseball legend Joe DiMaggio was mistakenly reported as dead by NBC.

DiMaggio, 84, was watching television when he saw the ticker on the screen report him as dead.

It later emerged that NBC had prepared a breaking news flash in the event of the New York Yankees legend’s death and a technician had mistakenly pressed the wrong button.

In 2008, when Hurricane Katrina devastated New Orleans, it was widely reported that rock and roll legend Fats Domino had died.

Domino, who produced hits such as Ain’t That A Shame in the 1950s and 60s, was living in the city’s Ninth Ward, which was severely flooded after the Mississippi river levees broke.

But a few days later Domino, 80, popped up in Baton Rouge, where he had been evacuated to, and confirmed he was not dead.