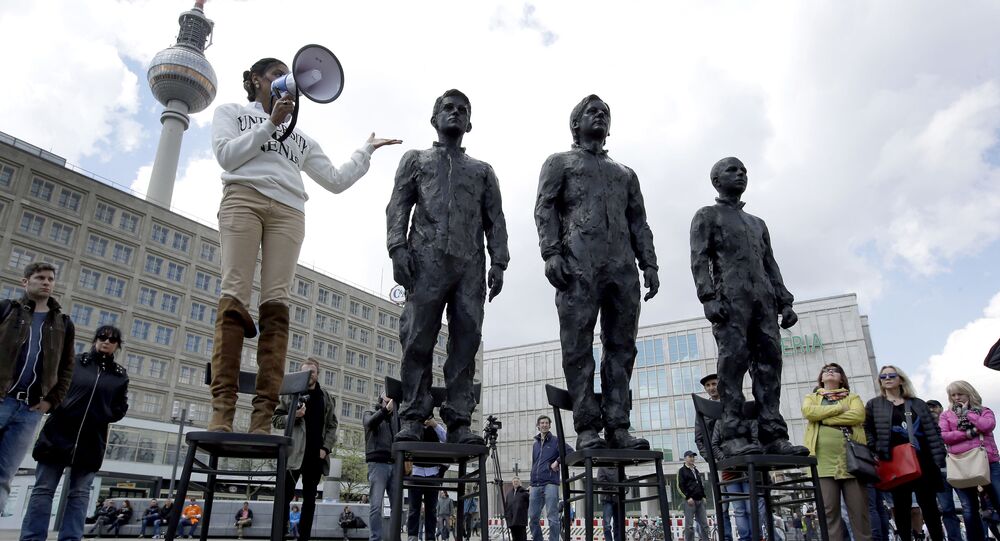 A British judge has ruled that Julian Assange can't be extradited to the United States to face charges of espionage and conspiracy due to a high risk of suicide or self-harm.

"Individually, each has given countless examples of courage exposing governments' illegal actions that caused millions of deaths - putting their own freedoms and lives on the line. Collectively, their lives of self-sacrifice and selflessness constitute remarkable demonstrations of the magnificence of the human spirit", the co-founder of the Peace People organisation stated in her letter to the Norwegian Nobel Committee.

© AFP 2020 / TOLGA AKMEN
Supporters of Wikileaks founder Julian Assange demonstrate outside the Old Bailey court in central London as the court will rule on his extradition case on January 4, 2021.

© AP Photo / Cliff Owen
Former Army intelligence analyst Chelsea Manning speaks with reporters, after arriving at the federal courthouse in Alexandria, Va., Thursday, May 16, 2019. Manning spoke about the federal court’s continued attempts to compel her to testify in front of a grand jury.

Manning, who revealed US war crimes in Iraq and Afghanistan, was tried and sentenced to 35 years in prison in 2013 but was released in 2017 when outgoing US President Barack Obama commuted her sentence. The former US Army intelligence analyst was imprisoned again in March 2019 after refusing to testify before a Grand Jury about links to Assange but was once again released last March, getting off with a $256,000 fine.