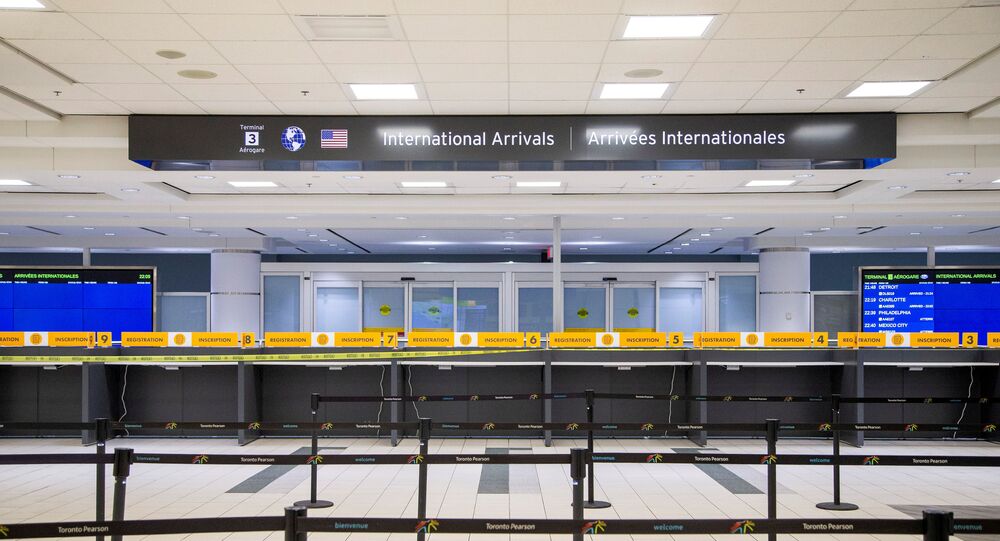 WASHINGTON (Sputnik) - Several Canadian officials in the provinces of Alberta, Saskatchewan and Quebec have been demoted for traveling abroad during the holidays amid the ongoing COVID-19 pandemic.

"Last Friday, I took responsibility for not having been clear enough with members of the government caucus and others in positions of leadership that they should not travel abroad… that is why I have accepted the resignation of Municipal Affairs Minister Tracy Allard and have asked my Chief of Staff Jamie Huckabay to step down, which he has done," Alberta Premier Jason Kenney said via Facebook on Monday.

Other members of Alberta’s Legislative Assembly that have tendered their resignations from their cabinet roles include Parliamentary Secretary for Civil Society Jeremy Nixon and Jason Stephan from Treasury Board, Kenney announced. At least seven of Alberta’s top officials have resigned from their executive roles over the row.

The string of firings and resignations has touched other provinces, with Saskatchewan’s minister of highways and water security czar Joe Hargrave resigning over a trip to California and a Liberal shadow minister in Quebec’s legislator also losing his position as metropolis and transport critic.

Canadian politicians have faced intense public and media backlash over travel abroad during the holidays despite urging regular citizens to forego any travel arrangements this holiday season in hopes of stemming the skyrocketing COVID-19 infection count.

The issue first came to light following a report that former Ontario Finance Minister Rod Phillips traveled abroad for the holidays, which was followed by other revelations including about those in Prime Minister Justin Trudeau’s inner circle.

To date, at least a dozen officials have been demoted from their posts at all levels of government across the country.