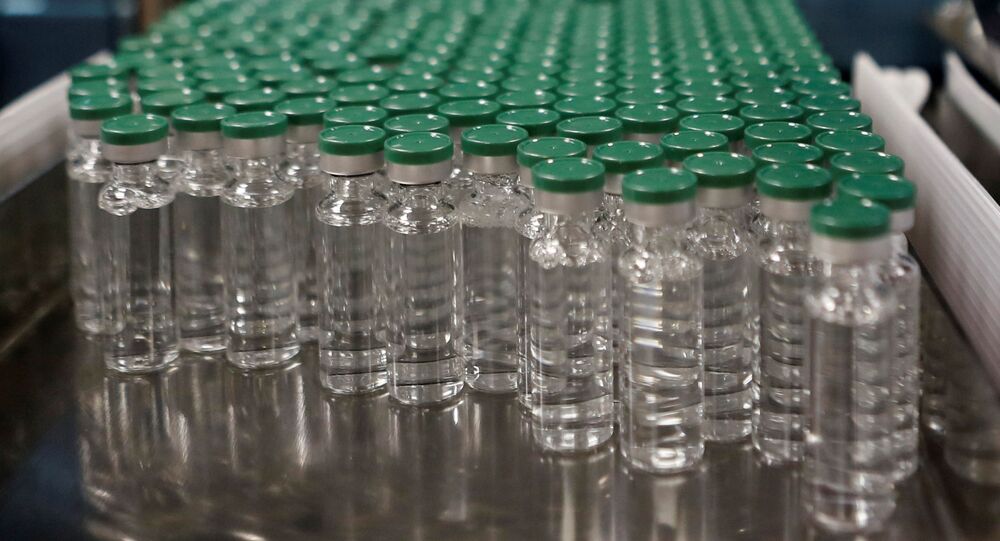 India, which has to date counted more than 10.3 million COVID-19 cases and around 150,000 deaths, is preparing to approve three more inoculations, including a locally developed one and Russia's Sputnik-V, which will soon be rolled off the assembly lines at four large Indian manufacturers.

An Indian government expert panel has approved the vaccine jointly developed by UK-Swedish biopharmaceutical company AstraZeneca and Oxford University for emergency use in the country to immunise citizens against the coronavirus infection.

There has been uncertainty over the vaccine, since data published in the Lancet in November showed that two full shots were 62.1% effective – the lowest index shown by approved vaccines around the world.

Indian regulator recommends for approval full-dose regimen of AstraZeneca’s vaccine with efficacy of 62.1% based on phase 3 clinical data. Sputnik V is working on clinical trials with AZ to increase the efficacy of AZ vaccine to over 90%.https://t.co/kt7qRHCsCS

AstraZeneca has since entered a partnership with the Sputnik V manufacturer, whose inoculation proved to be 91.4% effective based on data analysis of the final control point of clinical trials, to ultimately boost the efficacy of its shots to over 90 percent.

AstraZeneca earlier signed an agreement with the Serum Institute of India (SII) to produce one billion doses of its experimental vaccine AZD1222, or Covishield as it is called in India.

Information and Broadcasting Minister Prakash Javadekar told reporters on Saturday that at least three more inoculations are in queue to be approved in India – a locally developed one, Bharat Biotch's COVAXIN, Zydus Cadila's ZyCoV-D, and Russia's Sputnik-V, which is soon to be manufactured on Indian soil as well. Russian Direct Investment Fund (RDIF) CEO Kirill Dmitriev earlier said that Indian four large-scale manufacturers are planning to produce around 300 million doses of Russia's Sputnik V COVID-19 vaccine this year.

India has so far clocked over 10.3 million COVID-19 cases – the second highest number after the US, and nearly 150,000 deaths, according to Johns Hopkins University statistics.

Unlike the British-Swedish shot, Sputnik V is based on the use of adenovirus vector technology for vector vaccines, which has been gaining momentum since the 1980s, and has repeatedly proved to be safe and effective in multiple surveys.

Meanwhile, AstraZeneca’s inoculation is based on chimpanzee adenovirus technology, which has caused distrust among many, who have suggested it should be tested longer and more thoroughly to lay the ground for the new human vaccine.

Sputnik V, which unlike some rivals can be stored at more easily attainable temperatures - between two and eight degrees Celsius - is produced by the Gamaleya National Centre of Epidemiology and Microbiology, a world-leading research institution founded in 1891.

The research centre recently received an international patent for an Ebola vaccine that relies on the same adenovirus vector that is used in the production of Sputnik V.