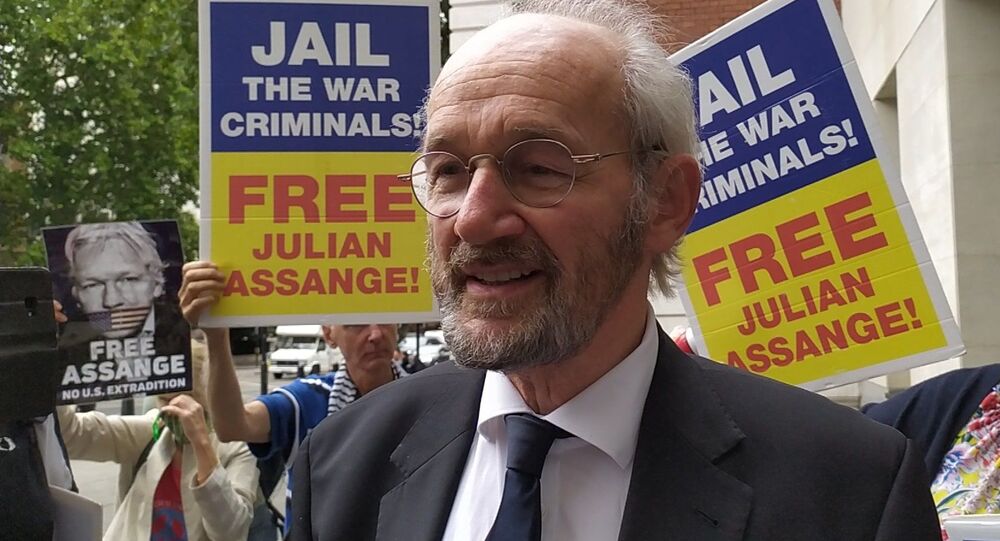 The fate of Julian Assange, founder of Wikileaks, is to be decided on January 4. It is possible that the Old Bailey in London may extradite him to the US where he would face the charge of “unlawfully obtaining and disclosing classified documents related to the national defence.”

The father of Julian Assange has said that he believes the United States wishes to extradite his son, Wikileaks founder Julian, in oder to “break him” as “revenge” for exposing state war crimes.

“Julian has the reputation as a speaker of the truth. And WikiLeaks revealed war crimes, and crimes against humanity. The persecution of Julian is to destroy the capacity of Julian to speak the truth about what's happened over the last 20 years or so, and the destruction of the Middle East,” said John Shipton, the biological father of the incarcerated Wikileaks founder, in an interview with The Independent.

Mr Shipton made his comments just days before Julian is due to stand trial in London in proceedings that will decide whether or not he is extradited to the US on charges of hacking a Pentagon computer as well as 17 indictments under the 1917 Espionage Act. If convicted, Assange could face up to 175 years in a so-called Supermax prison under what the US government calls Special Administrative Measures. The prison that Assange would be sent to is at Florence, Colorado, and includes infamous inmates such as the “Unabomber” Theodre Kaczynski and 1993 World Trade Centre bomber, Ramzi Yousef.

“Just to give you some idea what that means,” said Mr Shipton of the Supermax prison, “you're in a small cell, eight feet by ten feet. A concrete wall, a steel door that has a hole in the door. You’re not allowed to speak to each other. Every half an hour, the guard comes along and looks in the peephole.”

Elaborating on the dark fate that may await the 49-year-old Julian, Mr Shipton noted that, “the prisoners, in order to communicate with each other, anybody, yell out. bellow [sic], because these are steel doors. So you get this cacophony of screaming in the hallway as people try and communicate with each other. Some of them have been there 10 years, and their minds are cracked. So consequently, they just scream, just to hear their own echoes off the wall.”

Wikileaks is most famous for publishing the leaks of former US army intelligence analyst, Chelsea Manning. In early 2010, Manning handed over a trove of classified documents based on her time in Iraq that clearly displayed American-led coalition forces carrying out what she described as “war crimes” against Iraq civilians during the US occupation of the country that lasted from 2003-2011.

As for Julian’s state of mind, Mr Shipton told The Independent that he regularly communicates with his son by telephone, and that “he is resilient.”

“But he’s 50, 49, years old. He’s been arbitrarily detained for 10 years, you never know where it’s going to end. Now, it looks like it might end in a Supermax Colorado prison on Special Administrative Measures, which means 23 hours a day by yourself in a cell, with no communication allowed … It’s just wretched injustice. I call it a plague of malice,” Mr Shipton added.

The United Nations has condemned Mr Assange’s confinement, with the organisation’s Special Rapporteur on torture, Nils Melzer, condemned Assange’s indictment in December 2020, saying that, “Mr. Assange is not a criminal convict and poses no threat to anyone, so his prolonged solitary confinement in a high security prison is neither necessary nor proportionate and clearly lacks any legal basis.”

“Human rights and humanitarian aspects of a possible extradition must not be overlooked. It is imperative that Julian Assange's physical and mental state be taken into account when deciding whether to extradite him to the US. The UK is bound by the European Convention on Human Rights in this regard, also with regard to the possible sentence and the conditions of imprisonment,” the official is quoted by German news as saying.