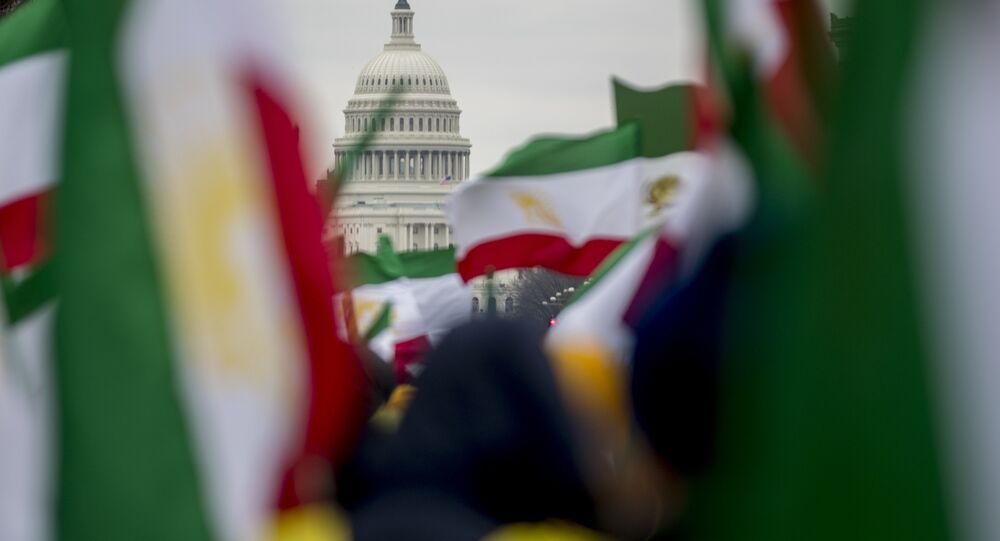 On Thursday, Abdolrahim Mousavi, commander in chief of the Iranian Army, reiterated sentiments previously made by other officials that there was no one in the US political or military hierarchy of equal worth to Qasem Soleimani, the Quds Force commander slain in a US drone strike in early January 2020.

“With what you did, you created another job for the freedom-seekers of the entire world, and it is even possible that some people inside your home (the United States)…would respond to your crime,” Ghaani said, speaking at a ceremony marking the one year anniversary of Soleimani’s death on Friday, his remarks cited by Press TV.

Ghaani did not elaborate on who these “people inside your home” might be, or what form their “response” would take.

Previously, Iranian officials indicated that the ballistic missile strikes on US bases in Iraq in response to Soleimani’s assassination on 8 January 2020 were only the “first slap” of revenge. However, Tehran has stopped short of threatening a direct tit-for-tat assassination of a US military official or politician, with officials saying repeatedly that there was no one of equal value to the slain commander who could “compensate” the Quds commander’s death.

Soleimani was a beloved figure in his native Iran, with his popularity reportedly extending far beyond supporters of the country’s Islamic Republican system of government, owing to his exploits fighting jihadist extremists in Syria and Iraq alongside the secular republican Syrian government, Shia and Sunni militias, Kurds, and even, indirectly, the US and its coalition allies. Following his 3 January 2020 assassination, US media described him as the equivalent of the commander of US military operations in the Middle East, a chairman of the Joint Chiefs of Staff or even the US Secretary of Defence.

In his remarks Friday, Ghaani blasted US President Donald Trump for giving the assassination order, describing him as the “filthiest man” who succumbed to Israeli and Saudi pressure to make such an “unwise” move.

“The entire world will definitely condemn you. Those who committed this crime must know that all around the world, you may find a brave man who is ready to punish the cowards who did that,” the Quds commander warned.

For his part, Ebrahim Raisi, the Iranian Judiciary Chief who has been carrying out an investigation into the actors Iran believes is responsible for Soleimani’s death, said that Iran’s enemies must know that they won’t be safe anywhere in the world, and added that President Trump too ‘will not be immune to the administration of justice.’ “The time and location [of revenge] will be determined by resistance forces,” he said.

© AP Photo / UNCREDITED
US Haunted by Prospect of Iran’s Revenge for Soleimani, General Says
Iran suspects a broad range of actors from multiple countries of plotting or facilitating the attack on Soleimani on 3 January 2020, when he and Abu Mahdi al-Muhandis, a Baghdad-allied militia commander, were killed in the Iraqi capital in a US drone strike. Iran retaliated to the murder five days later, launching about a dozen ballistic missiles at two US bases in Iraq, which resulted in over 100 US troops sustaining traumatic brain injuries. Iran reportedly warned its Iraqi allies of the strikes ahead of time.

On Thursday, Iranian Armed Forces chief of staff Maj. Gen. Mohammad Baqeri reiterated that there was no ‘expiry date’ for taking revenge on Soleimani’s killers, and said that a US withdrawal from the Middle East was inevitable.