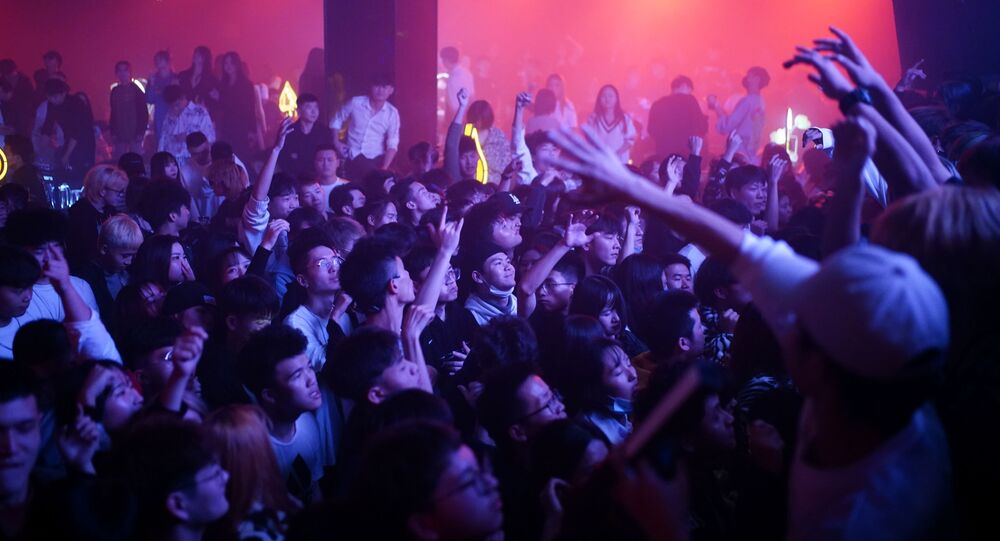 According to the World Health Organisation (WHO), the outbreak of the novel coronavirus was first reported in the city of Wuhan, the provincial capital of Hubei, China, on 31 December 2019, spreading across the globe to more than 200 countries and infecting over 81 million people.

The Chinese city of Wuhan, which just a year ago was the epicenter of the COVID-19 pandemic, was the scene of merry New Year revelry on Thursday as packed crowds saw off 2020.

😡😡😡 While we’re all under lockdown & house arrest due to CHINA🦠, this 👇 is Wuhan celebrating New Year!pic.twitter.com/ygfiSt7KVZ

The pictures from Wuhan tonight as people gather to celebrate the New Year are incredible. The last #COVID19 case in Wuhan was on May 10th, 2020. It really shows what can be achieved, and all this probably without widespread use of a vaccine. pic.twitter.com/QorfD8093g

​Footage posted on the internet showed locals gathering in the provincial capital of Hubei province, dressed in festive garb and holding balloons, which they later released into the air as the clock struck midnight.

​Nightspots have been open in Wuhan since early December, and many younger folk were seen heading into clubs.

People gather to celebrate the New Year in Wuhan, China, where the novel #coronavirus outbreak began a year ago (via Reuters) pic.twitter.com/SmOtWYEpGB

​People thronged the streets, with the area in front of Wuhan city hall a focal point for the celebrations.

A crowd of thousands of people in Wuhan, China attend a New Year's Eve countdown event on December 31, 2020 amid the COVID-19 pandemic.

COVID-19 was first reported in Wuhan before it spread worldwide.
📷AFP/Noel Celis pic.twitter.com/ZbkqB1fGMB

​According to the photos, widely shared on the internet, many in the crowds were still wearing the masks that have become an inalienable part of the global effort to curb the spread of the novel respiratory disease.

Party-goers pack into clubs in Wuhan to celebrate New Year's Eve as many countries are stuck at home. [Wuhan, where the pandemic began, has been mostly back to normal for months: Reuters] #COVID19SA pic.twitter.com/S7QhEcYjZg

​The wild partying was a far cry from the start of 2020 when Wuhan imposed one of the strictest lockdowns in the world in an unprecedented effort to stop the spread of the pandemic. For more than two months, the city was sealed off from the outside world, with flights in and out cancelled, train and bus routes suspended.

Pictures from that period showed empty streets, and people were ordered to stay in their homes.

The festive scenes from Wuhan on 31 December offered a stark contrast to the predominantly muted celebrations held to welcome in the New Year in many countries around the world as the pandemic continues to wreak havoc, with lockdown protocols in place and people asked to refrain from mingling.

THESE PICTURES TELL A STORY: New Year’s Eve. Wuhan, China vs Times Square, New York. A crime against humanity. The entire world was attacked, yet life apparently seems normal on the other side of the World! pic.twitter.com/5qGBQu8To8

Elsewhere in the world, fireworks could be seen blazing across the nighttime skies above eerily deserted streets.

A cluster of cases of pneumonia in Wuhan, Hubei province was originally reported by the Wuhan Municipal Health Commission on 31 December 2019. The novel coronavirus, now known as SARS-Cov-2, gradually spread to other regions of the country, and, later, globally.

The situation was designated a global pandemic by the World Health Organisation (WHO) on 11 March.

The WHO has since suggested that "all available evidence" points to COVID-19 having an animal origin, spreading from bats to humans in Wuhan, possibly at one of the Chinese city's so-called wet markets.

As the pandemic raged, the world witnessed a blame game between Washington and Beijing, as they accused one another of having engineered the virus in a lab, and of accidentally or deliberately leaking it.

US President Donald Trump has continued to refer to SARS-Cov-2 as the "China Virus" on Twitter, with China vehemently rejecting all allegations.

Beijing has also repeatedly defended its COVID-19 response, with the Chinese government saying it has always published COVID-19 related information in a timely and transparent fashion.

Chinese state media have also suggested the virus existed abroad before being discovered in Wuhan, claiming its presence was discovered on imported frozen food packaging, and citing scientific papers purporting it had been circulating in Europe a year earlier.

An international mission led by the World Health Organisation (WHO) is expected to go to China in the first week of January to probe the origins of the virus.