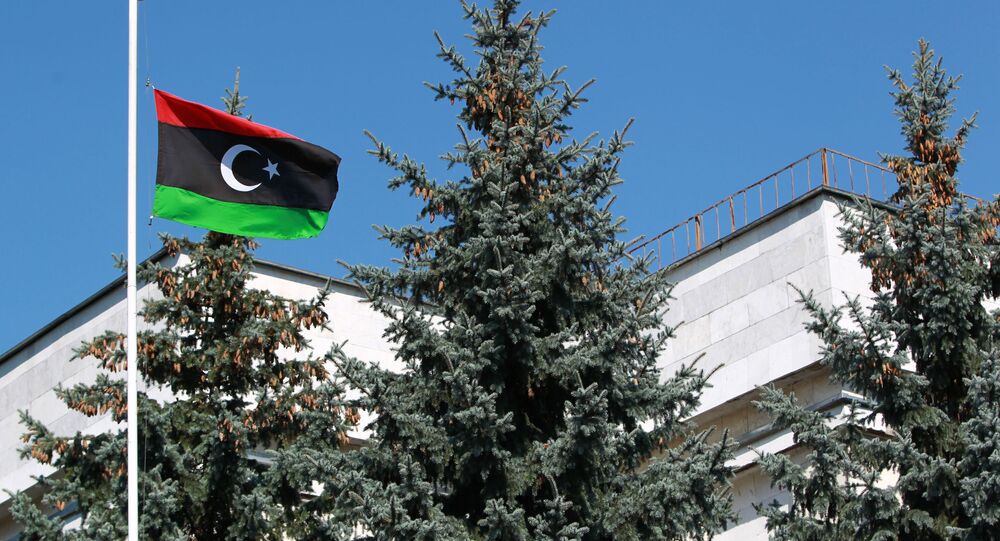 CAIRO (Sputnik) – Libya may renew an agreement on the economic cooperation with Russia during the upcoming visit of the foreign minister of Libya's UN-backed Government of National Accord (GNA), Mohamed Siala, to Moscow, GNA Deputy Prime Minister Ahmed Maiteeq said.

"I hope that the next stage will be a phase of great economic cooperation. Russia has had large economic networks in Libya over the past period during the rule of the previous regime. During the next stage, there [will] be a visit: the Libyan foreign minister will soon come to Moscow, and we hope that the economic agreement between Russia and Libya will be signed and renewed," Maiteeq said.

The GNA deputy prime minister added that an agreement concluded under the previous Libyan administration of the era of Muammar Gaddafi needs to be upgraded, "so the role of the Libyan-Russian partnership can be enhanced – and this is what the foreign minister will do during his next visits."

During a visit of Russian President Vladimir Putin to Libya in 2008, the two parties signed an intergovernmental agreement to write off $4.5 billion of Libya's debt to the Soviet Union in exchange for a number of contracts for the Russian Ministry of Defense.

The top GNA official also expressed hope that the blockade that was imposed on Libya’s oil facilities since January, including ports and oil fields, in light of military actions would not happen again.

"Of course, we are well aware of an increase in the oil production and the end of the closure phase starting from the date of the deal signing between us [GNA] and the eastern parties, and we hope that it will not occur again," Maiteeq said.

The Russian foreign ministry's spokeswoman, Maria Zakharova, said at the end of last week that Russian Foreign Minister Sergey Lavrov would hold a meeting with Siala in Moscow on 30 December. Lavrov and Siala are due to exchange opinions on the situation in the war-torn North African country, including measures for strengthening the ceasefire.

Russia has always supported an agreement between the rival sides to end the blockade, the GNA deputy prime minister added, noting that Russia "is an important element for the success of these accords."

In November, Libya’s National Oil Corporation said that the oil output in Libya had surpassed a million barrels per day following the lifting of a state of emergency at ports and oil fields in September following the announcement of Libyan National Army head Khalifa Haftar on the resumption of oil production and export from Libyan ports after months of suspension.

Libya has been living through a severe political crisis since a coup in 2011 toppled former leader Muammar Gaddafi. The two rival administrations have practically turned the oil-rich country into duopoly, with the LNA controlling the east and the GNA controlling the west, while the south has been recently attracting runaway terrorists from Syria and Iraq.