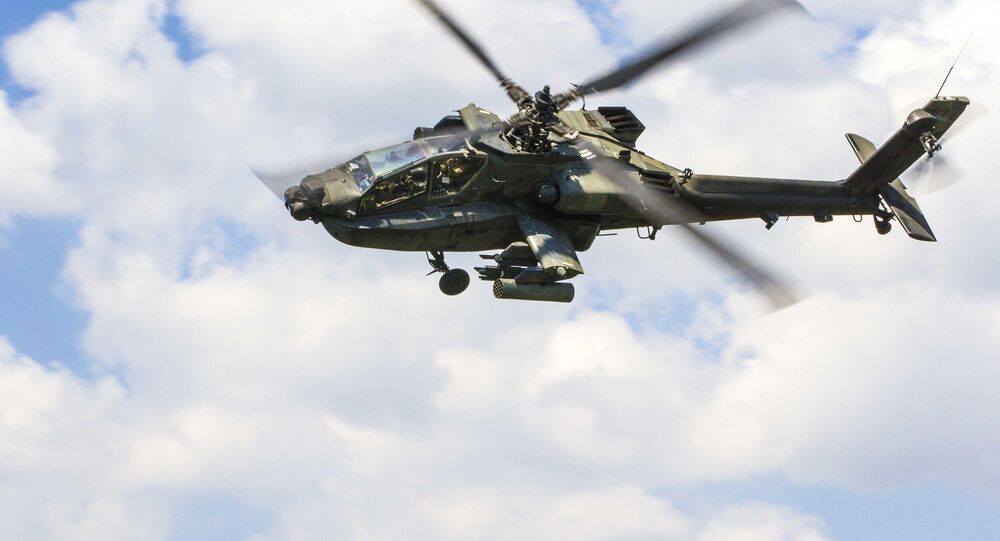 US Agency Approves $4Bln Sale of 8 Apache Helicopters to Kuwait

WASHINGTON (Sputnik) - The US State Department signed off on a $4 billion arms sale to Kuwait, including eight Apache AH-64E helicopters and equipment to upgrade an additional 16 older Apaches, the Defense Security Cooperation Agency (DSCA) said in a press release.

The DSCA claimed that both sales support US foreign policy and national security, by helping to strengthen the forces of a major non-NATO ally that is said to be a key element in political stability and economic progress for the Middle East.

The principal contractors for the Apache agreement include Boeing, Lockheed Martin, General Electric, Raytheon and Longbow, while the DSCA named Raytheon as a primary supplier of equipment for the Patriot missile defense system.

The State Department also signed off on a potential $104 million sale of aircraft infrared technology to Egypt, plus a separate $64.6 million sale of advanced sniper targeting pods, the DSCA said in separate announcements.

“The Government of Egypt has requested to buy one (1) AN/AAQ-24(V)N Large Aircraft Infrared Countermeasures (LAIRCM) system to protect one (1) Airbus 340-200 Head-of-State aircraft,” a DSCA press release said on Tuesday. “The estimated total cost is $104 million.

The so-called self-protection suite is claimed to improve the survivability of an Airbus airplane that serves as Egypt’s equivalent of US Air Force One. Weapons manufacturer Northrop Grumman will supply the equipment, the release said.

In a separate release, the DSCA said that the State Department had also approved the sale of Sniper Advanced Targeting Pods and related equipment to Egypt for an estimated $65.6 million, with Lockheed Martin designated as the primary contractor.

In a statement the State Department said that it has also approved a possible sale of 3,000 small diameter bombs to Saudi Arabia in a deal worth of $290 million.

The State Department said the proposed sale will help to improve "the security of a friendly country that continues to be an important force for political stability and economic growth in the Middle East."